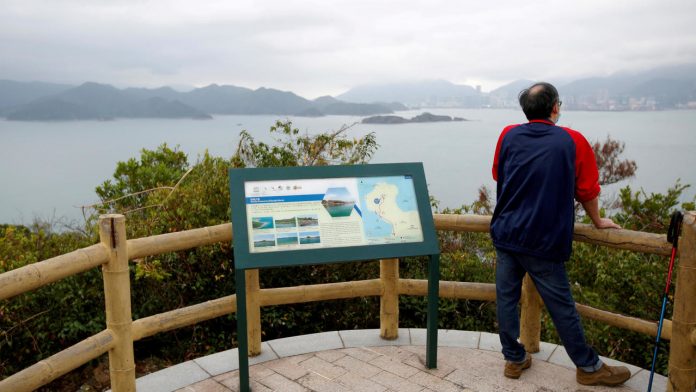 The United States called for the “immediate release” of a group of pro-democracy activists in Hong Kong who are facing trial in China on Monday, after trying to flee the territory by motorboat for sanctuary in Taiwan.

Ten of the so-called “Hong Kong 12” are to be brought before a court in the southern city of Shenzhen on charges related to an illegal border crossing.

Chinese authorities took them into custody after their boat was intercepted on August 23.

At least two of the group receive up to seven years in prison for organizing the escape attempt from a city where democracy activists last year led massive protests against Beijing’s government.

Part of the group was already facing prosecution in Hong Kong, where China has introduced a draconian national security law that has wiped out the city’s protest movement.

“Their so-called ‘crime’ was to escape tyranny,” a US embassy spokesman at the US Consulate General in Guangzhou told AFP, hours before their planned video court appearance.

A spokesman called for their “immediate release” and said that “Communist China will stop at something to prevent its people from seeking freedom elsewhere.”

The families of the accused – of whom the youngest is only 16 – have demanded that the broadcast in the Shenzhen court be broadcast immediately, after they could not attend due to short notice of the trial and the Covid-19 demands.

They were first notified of the trial date on Friday, while their lawyers have been banned from meeting the detainees. The authorities have instead appointed state-approved legal representation.

In a joint letter over the weekend, the families said they “strongly condemn” the authorities’ decision to keep the trial “de facto secret” at the Yantian District People’s Court.

“We urge governments to send embassy staff to the hearing to ensure a fair and equitable trial of the courts in Shenzhen,” they said, noting that the detainees include British, Portuguese and Vietnamese citizens.

The city had enjoyed unique freedoms since the surrender of the former colonial power Britain in 1997, with an agreement that promised a “one country, two system” arrangement for 50 years.

Beijing says the new security law was needed to restore peace and stability, but critics have condemned it as a deadly attack on Hong Kong’s freedoms.

China has a history of bringing dissidents to justice around the Christmas and New Year period to avoid Western scrutiny.

Amnesty International said there was little chance the group would get a fair trial.

“They have so far been deprived of their fundamental rights, including the right to defend themselves through legal representation of their choice,” said Amnesty Hong Kong’s program director Lam Cho Ming in a statement.

Eight in the group are accused of an illegal border crossing, while two are suspected of having organized for others to cross the border.

Since Beijing’s introduction of the Security Act in June, Taiwan has emerged as a haven for Hong Kong activists – silently closing its eyes to residents who show up without proper visas or paperwork.