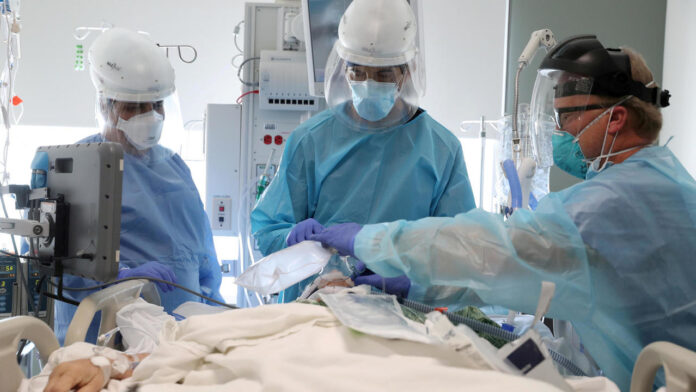 For the first time in nearly three and a half months, the United States recorded fewer than 1,000 deaths in one day from Covid-19 on Monday, according to Johns Hopkins University.

This indicates that the slowdown in the epidemic continues in the United States, where infection levels and deaths have fallen to similar levels as before Halloween, Thanksgiving and other holidays marked by travel and larger gatherings that increased the spread of the virus.

The slowdown is good news for President Joe Biden, whose colossal $ 1.9 trillion support plan successfully passed the Senate on Saturday and will strengthen his large-scale vaccination strategy.

The US vaccine campaign launched in December is now in full swing, with almost 10 percent of the US population – about 31.5 million people – receiving either the two shots needed for the Pfizer or Modern vaccines, or the only shot in the case of the Johnson & Johnson vaccine.

The health authorities added cautious optimism on Monday when they announced that vaccinated people could meet in small groups indoors without wearing masks or the need for social distancing.

However, they must continue to respect these precautions in the presence of unvaccinated people and in public places.