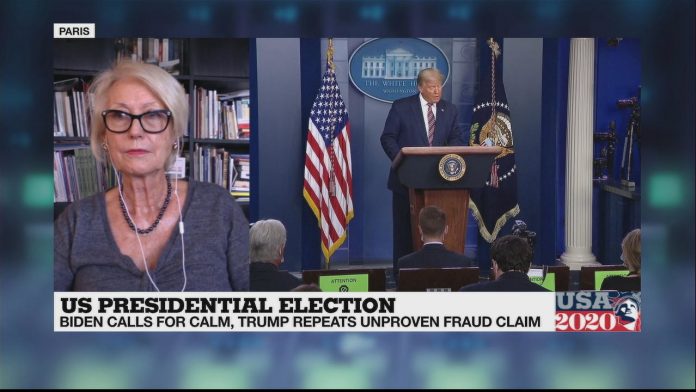 Among his baseless allegations of mass election fraud, US President Donald Trump says he plans to question the election results in court. But what exactly was the basis for his claim? And does he have the right to assume that the right-wing Supreme Court would be sympathetic to his case? We’ve talking to Anne Deysine, a specialist in American law and politics.