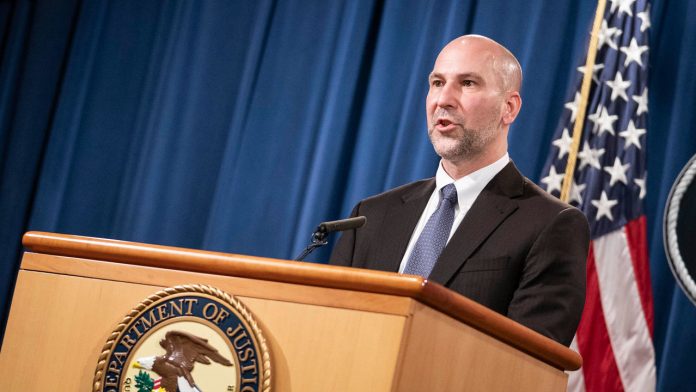 The U.S. Department of Justice has launched criminal investigations into more than 170 people for their alleged involvement in last week’s riot at the Capitol by President Donald Trump’s supporters, and investigators are working to accuse people of assault and outrageous conspiracy, Justice Department officials revealed on Tuesday.

“The Capitol area inside and out is … a crime scene,” says Sherwin.

Steven D’Antuono, acting chief of the FBI’s field office in Washington, said the agency has so far “opened over 160 cases”.

“And it’s just the tip of the iceberg,” D’Antuono told a news conference.

“We have already prosecuted over 70 cases,” Sherwin said. “That number, I think, will grow to hundreds.”

The announcement came days after a crowd of Trump supporters stormed the US Capitol in an attack that left five dead.

While many of them involve Trump supporters whose photos went viral on social media, such as one of a man pictured sitting at the desk of a House Speaker Nancy Pelosi, Sherwin said more serious allegations are coming and a grand jury has reviewed cases.

“We are looking at significant criminal cases linked to insurgency and conspiracy,” he said, noting that his office has launched a strike force whose order is to build criminal cases around such allegations.

Sherwin added that other strike forces have been formed to focus on law enforcement and media abuses.

The press conference came hours after the Washington Post reported on the existence of a January 5 report from the FBI’s field office in Norfolk, Virginia, which details the chances of a “war” in Washington the next day. The existence of such a strong warning seemed to contradict the FBI’s earlier claims that it had no specific intelligence that violence could occur.

D’Antuono defended the handling of the information, saying it was shared in 40 minutes with other law enforcement agencies.

Even without law enforcement intelligence, there had been ample warning about Trump demonstrations in Washington. But the US Capitol Police did not strengthen the staff and did not prepare for the possibility that the planned protests could escalate into massive, violent riots, according to several people who were informed of the police response. Officials turned down help from the Pentagon three days before the riot.

When security was finally requested, it took more than two hours for troops to mobilize near the Capitol. By then, the mob had collapsed inside for more than four hours.