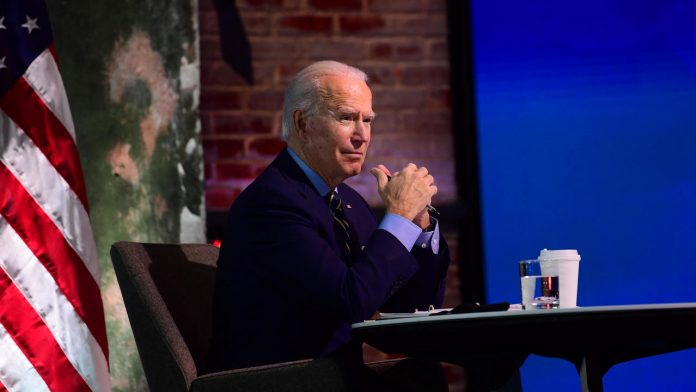 US President-elect Joe Biden said on Monday that many of the US security agencies had been “eroded” under President Donald Trump and the lack of information provided by the outgoing administration to his transition team was an “irresponsibility”.

“We have encountered barriers from the political leadership at the Ministry of Defense and the Agency for Administration and Budget,” said Biden. after a meeting with his foreign policy team.

“Right now we are not getting all the information we need from the outgoing administration in key national security areas. In my opinion, it is not a responsibility,” he said.

After Biden beat Trump in the November 3 election, the Democrats’ team first met with administration officials in late November to coordinate the handover.

Trump, a Republican, has refused to admit defeat and his administration only approved cooperation with Biden on November 23.

Earlier this month, Biden’s team said they had met with opposition to their request for information from some Pentagon officials.

The Pentagon fired back at the Biden team’s previous complaints. A senior defense official last week said the Pentagon had conducted 163 interviews and 181 requests for information and that it would continue to provide information and meetings.

But Biden reiterated those concerns on Monday.

“We encountered obstacles from the political leadership of that department (Pentagon). And the truth is that many of the authorities critical to our security have suffered enormous damage,” Biden said after a meeting with his foreign policy team.

“The truth is that many of the authorities that are crucial to our security have suffered enormous damage. Many of them have been eroded – in staff, capacity and morale,” he said.

Biden will take office on 20 January.