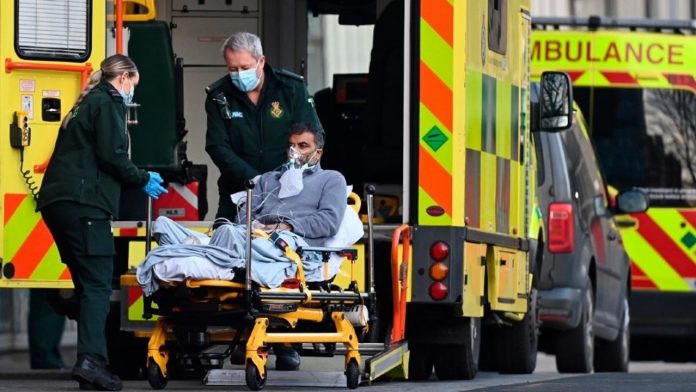 The United States and Britain endured their worst day of pandemic when countries around the world tightened virus restrictions on Wednesday and mass vaccination campaigns began.

Global infections increased over 91 million and deaths approached 2.0 million, forcing governments around the world to impose restrictions such as unpopular and economically painful lock-ins.

The United States is still the hardest hit nation, recording a record 4,470 24-hour deaths on Tuesday as it went from a winter surge in infections that have overwhelmed hospitals and clinics.

Data collected by the US Centers for Disease Control and Prevention (CDC) showed that of the 29 million doses of Pfizer and Modern vaccines sent to federal states to date, 10.2 million have been administered, or about 3.1 percent of it. total American population.

Authorities also announced that as of January 26, all travelers entering the United States by air will need a negative Covid-19 test before departure.

Nearby Canada also encrypted to contain a disturbing outbreak and ordered the inhabitants of Ontario – its most populous province – to stay at home.

Ontario Premier Doug Ford warned that the health care system was “on the verge of collapse.”

Europe is locking itself in again

In Europe, the United Kingdom also recorded a new record number of deaths – 1,564 in 24 hours, bringing the total charge to 84,767, the continent’s highest along with Italy.

England is in the middle of its third national lockdown, with schools closed and people ordered to stay at home. Similar restrictions exist in Scotland, Wales and Northern Ireland.

Prime Minister Boris Johnson told lawmakers that even though it was “early days”, the latest restrictions began to “show signs of some effect”.

In Portugal, Prime Minister Antonio Costa said the country would enter a new shutdown on Friday.

Switzerland closed shops selling non-essential goods and ordered people to work from home in an attempt to prevent an explosion in case numbers, saying the British-discovered mutation had already taken root.

Denmark said it was extending blocking measures until February 7 in the face of the “extremely worrying” increase in infections with the British virus variant.

Norway said it will begin mandatory coronavirus testing for anyone entering the country, with a fine of 20,000 Norwegian kroner (2,000 euros, 2,300 dollars) for those who do not follow.

Japan was in charge of expanding its state of emergency in greater Tokyo from Thursday to another seven regions, including major cities of Osaka and Kyoto, and also tightening border restrictions as cases increase.

“We continue to see a serious situation,” said Prime Minister Yoshihide Suga, adding that the measures were “indispensable”.

“We must overcome this challenge that we face.”

While Japan’s outbreaks remain relatively small, with about 4,100 deaths in total, doctors say hospitals are heavily burdened by spikes in the worst-hit areas.

China, where the virus first emerged in late 2019, has largely eliminated its outbreak through a number of strict locks and extensive testing and tracking, but recent weeks have seen a bit of a fall.

It has forced more than 20 million people under some form of lockdown in the northern regions of the country.

The government of the northeastern province of Heilongjiang – home to 37.5 million people – declared a “state of emergency” on Wednesday after 28 cases were found and urged residents not to leave the province unless necessary.

China is rushing to inoculate millions using home-grown vaccines ahead of the Lunar New Year travel speed, which authorities fear could increase the risk of transmission.

Governments around the world are competing to acquire and deliver more approved vaccines to help end the Covid-19 crisis, although the WHO has warned that coverage is not expected to be broad enough for population immunity this year.

In August, Moscow registered Sputnik V – named after the Soviet-era satellite – months before Western competitors but before major clinical trials began, prompting some experts to be cautious.

The UK will make coronavirus vaccination meetings available 24 hours a day “as soon as we can”, according to Prime Minister Johnson, whose government has come under increasing pressure to speed up its program.

One of the Chinese-developed vaccines, CoronaVac, showed an efficiency of 50 percent after tests in Brazil, says the organization responsible for its production in the South American country.

Although this figure is much lower than the Modern and Pfizer BioNTech vaccines, Indonesia – one of the world’s most populous nations – has given the green light and started a mass vaccination with it on Wednesday.

Turkey also approved the emergency use of CoronaVac jab developed by China’s Sinovac and paved the way for a national vaccination unit that will start with healthcare professionals.

“Everyone should be vaccinated because it is the only way to get rid of this pandemic,” Health Minister Fahrettin Koca said when he received the first shot.

In the Middle East, Jordan launched a Covid-19 vaccination campaign that began with jabs for healthcare professionals, people with chronic illnesses and people over 60 years of age.