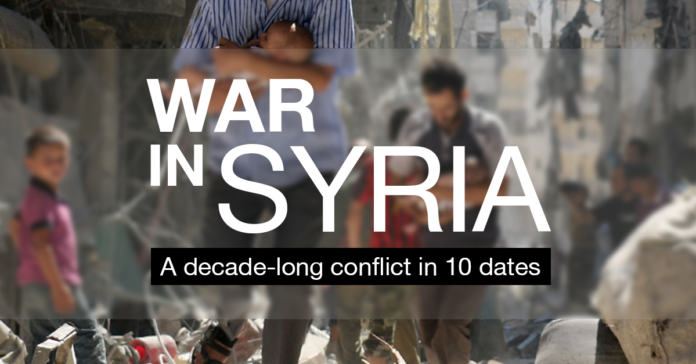 In 2012, when US President Barack Obama was asked what would force Washington to intervene in the Syrian conflict, he said the “red line” would be the regime’s use of chemical weapons. But a year later, when the US intelligence service determined that the Assad regime had used chemical weapons, Obama chose in a surprising turn to seek congressional approval. The bill was never laid on the floor and in September 2013, the Syrian regime accepted a diplomatic initiative between the United States and Russia to hand over its chemical weapons. France had been ready to join a US-led military operation in Syria, but was forced to return with then-president François Hollande, calling it a “missed opportunity”.