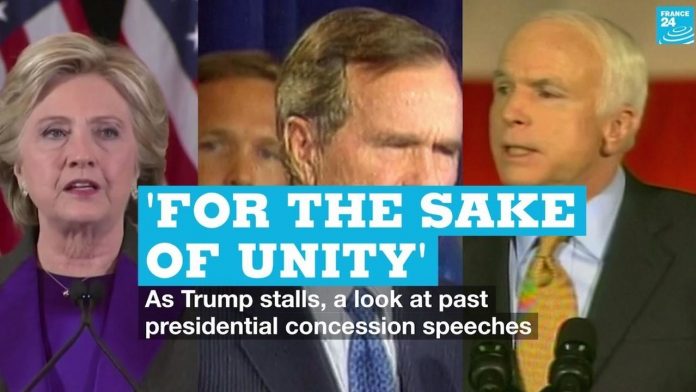 Unity, grace in defeat, an acceptance that the people have spoken …. These have been themes of concession speeches by losing presidential candidates that stretch back decades. As Donald Trump continues to question the outcome of the 2020 election, here’s a look back at how former White House hopefuls have handled their defeat in recent elections.

“This is how we see it, this is how the country should see it, the people have spoken and we respect the majesty of the democratic system,” George WH Bush said after losing the 1992 election to Bill Clinton in 1992.

And John McCain liked that people from the crowd congratulated Barack Obama in 2008 “for being elected the next president of the country we both love”.