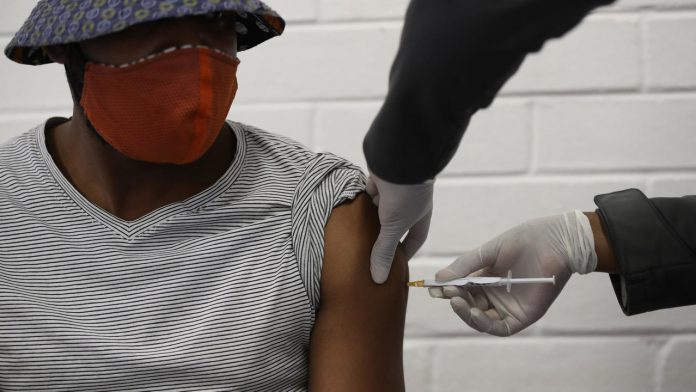 While many economically developed countries have rolled out Covid-19 jabs, African countries are preparing their vaccination campaigns amid logistical challenges and urging Western countries to ensure that jabs surpluses go to low- and middle-income states.

Western countries, including France, Britain and the United States – which have large elderly populations exposed to coronavirus – have launched mass vaccination campaigns. At the same time, the head of the World Health Organization (WHO), Tedros Adhanom Ghebreyesus, claimed on January 8 that low- and middle-income countries that did not receive Covid-19 vaccines posed a “clear problem”.

“No country is exceptional and should reduce sex and vaccinate their entire population while some remain without access to the vaccine,” he said. On the same day, the European Union announced an agreement with Pfizer and BioNTech for an additional 300 million doses of their jab, giving the EU almost half of the companies’ global production by 2021.

The WHO noted on Friday that the pandemic is spreading rapidly in Africa, with registered cases rising by 19 percent during the first week of January – the second highest transmission rate for a region in the world after that in North America.

Countries that have ordered more jabs than they need should consider giving surplus vaccines to Africa, says John Nkengasong, head of the Africa Centers for Disease Control and Prevention (CDC Africa) in December. “Some countries have received three to four, five times more than they need,” he told a news conference.

>> France promises to increase the rate of vaccinations after slow “failure”

Obtaining adequate vaccines is first and foremost an economic challenge for Africa. Only a quarter of African countries have adequate plans for funding inoculation programs, the WHO warned. The UN health body hopes that 3 percent of Africans will be vaccinated by March 2021 and 20 percent by the end of next year.

WHO wants pharmaceutical companies to use the Covax mechanism it set up with the international vaccine organization Gavi to distribute jabs to underdeveloped countries. Covax has agreements to support 92 low- and middle-income countries, more than half of them in Africa. It has hit stores to get two billion vaccine doses; The WHO hopes that the first doses will be delivered by the end of January.

Some countries think this is too slow and are looking for deliveries of Chinese and Russian vaccines, which have not been tested as extensively as Western Pfizer-BioNTech, Oxford-AstraZeneca and Moderna-jabs.

“Some nations are trying to use their geopolitical ties to gain access to vaccines, where they are negotiating access to the Sinopharm vaccine near China and others near Russia are trying to do the same with the Sputnik jab,” said Mamady Traoré, a vaccine and epidemiologist coordinator at Doctors. Without Borders, FRANCE told 24.

Chinese Foreign Minister Wang Yi ended a tour of Africa on January 9 to reaffirm Beijing’s ties to the continent. The presidents of DR Congo and Botswana said they thanked China for its support in the fight against Covid-19.

But China’s “promises of vaccines in Africa have been really vague,” W. Gyude Moore, a leading politician at the Center for Global Development in Washington DC and a former Liberian public works minister, told CNN. “There has been no timetable.”

Guinea, meanwhile, ordered 55 doses of the Russian Sputnik jab in December, giving it to some government officials.

Other countries such as Kenya, South Africa, Morocco and Egypt have chosen a different strategy – to negotiate with pharmaceutical companies for clinical trials on their land.

“This approach benefits everyone,” Traoré said. “This means that companies can test their vaccines on different populations used in previous trials, while at the same time allowing the sample sizes to grow. In return, the countries hosting the tests will have priority access to the vaccines. ”

Morocco will have priority access to ten million doses in exchange for its participation in Phase 3 studies of the Sinopharm vaccine. The country hopes to launch its vaccination campaign in early February.

“Morocco also wants China to transfer the technology so that it can manufacture the vaccine on its own territory,” Traoré said. “It’s an interesting strategy.”

Pfizer-BioNTech jab ‘not suitable for Africa’

Getting an adequate vaccine supply is not the only challenge facing African countries. Pfizer-BioNTech and Modern jabs use advanced technology based on RNA and require storage at -70 and -20 degrees respectively. This makes their distribution and storage a logistical nightmare, especially in countries with tropical climates or isolated regions.

“We have been to places where the last mile of transport takes place on the back of a motorcycle,” Frederik Kristensen, deputy head of the Oslo-based coalition for epidemic emergency innovations, told AFP in December.

The Pfizer BioNTech vaccine is not suitable for Africa; infrastructure problems make it impossible to store jabs at the required temperatures, says Traoré.

Oxford-AstraZeneca jab, on the other hand, can be stored under normal cooling conditions for at least six months. Its doses are also much cheaper: between $ 2 and $ 3 per injection, compared to at least $ 25 for the other two.

Anti-vaccine lawsuits are a problem in several western countries that have started jabs. An Ipsos survey published in November showed that 46 percent of French adults said they would refuse to receive a Covid-19 vaccine. Such antipathy to vaccines prompted the government to slow down vaccines – prompting outcries from experts who paralyzed a “failure” when France lags far behind its neighbors Britain and Germany.

In Africa, this is a much smaller problem. A study by CDC Africa and the London School of Hygiene and Tropical Medicine showed that 79 percent of people in 15 African countries would be vaccinated if jab was found to be safe and effective.

The Seychelles became the first African country to start inoculating its population on January 10 with the help of the Chinese Sinopharm vaccine.