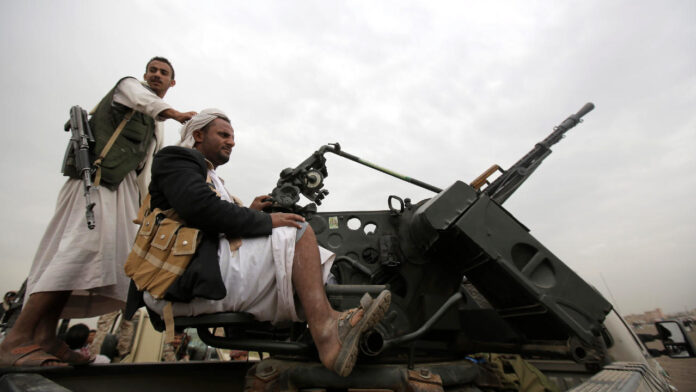 After seven years of brutal civil war in Yemen, the Iranian-backed Houthi-armed group refuses to give up arms and negotiate – despite their Saudi antagonists’ ceasefire offer on Monday and the US withdrawing its support for Riyadh’s role in the conflict last month.

The Saudi coalition fighting the Houthis cleared four fuel vessels to land at Yemen’s Hodeidah port on Wednesday. This followed the Iranian – backed group’s statement that it would only agree to the ceasefire that Saudi Arabia proposed on March 22 if it stopped its blockade – making it much more difficult to deliver humanitarian aid to a country at serious risk of famine, according to the UN.

But so far, the Houthis have refused to lay down their arms and start talks. Experts say the Saudi olive branch comes from a potential roadmap for peace that was first discussed over a year ago. It was set up under UN leadership, but now sees a more prominent role for the United States since Joe Biden replaced Donald Trump as president in January.

This plan includes a UN-monitored ceasefire, measures to reopen Sana’a airport in the Yemeni capital and the lifting of trade restrictions on the government-run Hodeidah port – followed by talks between the Houthis and Yemen’s Saudi coalition government.

For the Houthis, “the devil is in the details,” Peter Salisbury, a Yemeni specialist at the Brussels-based International Crisis Group, wrote on Twitter. “The Saudis, the government and the Huthis [an alternative spelling] everyone says they support the initiative in conceptual terms but have unquestionably undisputed over timing, sequencing and the details in every aspect. ”

But while the Houthis want Hodeidah Port and Sana’a Airport to be fully open to all international traffic, the Saudi proposal proposes a role for the Yemeni government in regulating both – and that a ceasefire should come before any financial or humanitarian aid. . The proposal also proposes that revenues from oil trading be shared through Hodeidah.

The Saudis’ overture “seems to be doubling at the thought that it is the Huthis who must make concessions here,” Salisbury wrote. “And indeed the Huthi response has been clear: they say that this is an old offer and that they have been clear in their position. Completely lift obstacles to movement on Hodeida [an alternative spelling] and Sana’a Airport. They accuse the Saudis of using the humanitarian crisis as leverage. ”

Given that the division of income at Hodeidah and the resumption of Sana’a Airport are long-standing Houthi demands, it is clear that “Riyadh thinks it calls their scam in front of the United States and the United Nations to show that they do not want peace in Yemen,” Cinzia wrote. Bianco, researcher at the Gulf at the European Council on Foreign Relations, on Twitter.

The Houthis seem to think they are strong enough to reject the Saudi proposal. Riyadh’s overture follows an increase in attacks by the largely Zaidi Shia force against oil installations in the Sunni kingdom – with the Houthis launching another drone strike at the airport in southern Saudi Arabia on Tuesday. This follows Houthi’s intensification in recent weeks of their attacks on Marib – an oil-rich city and the UN-recognized government’s last remaining stronghold in northern Yemen.

“Marib is crucial to us because of the blockade that prevents the poor Yemeni people from buying gasoline and gas at market prices,” Abdelmajid al-Hanash, a Sana’a-based Houthi negotiator, told Jowharlast week. “As long as this blockade is imposed on northern Yemen and prevents access to these much-needed goods, we must try to lift it by force.”

Saudi Arabia regularly targets the militant group in airstrikes – and fears that if it unilaterally withdraws from the conflict, its arch-enemy and Houthi’s protector Iran will gain a foothold on Saudi Arabia’s border.

The Biden administration wants to end the Yemeni civil war for humanitarian reasons – hence its withdrawal of military aid to the Saudi forces fighting there and the suspension of certain arms sales to Riyadh. The United States also withdrew its designation of the Houthis as a “terrorist organization” in February, after Trump put them on the list just before leaving office.

These US moves angered Saudi Arabia, which believes Iran is using the Houthis to put pressure on Washington as it seeks to revive the prickly 2015 nuclear deal with Tehran.

“Riyadh and Washington are trying to impose through negotiations what they failed to achieve through the use of force – and that is unacceptable to us,” al-Hanash said.

“The Biden administration seems a bit confused,” he continued. “Some officials are calling for an end to the fighting in Yemen – as if the United States is just a neutral, innocent intermediary. But in fact, Washington still provides significant support to the Saudis, who never just provided logistical military support. That is why we are still on guard and why we are waiting to see if they intend to do something concrete to end this aggression against us. Any negotiations will follow. ”

“More talks and probably more cross-border airstrikes, missile / drone strikes and ground battles” are likely to follow, as Yemen enters “a period in which the parties use all the tools at their disposal to improve their negotiating position,” Salisbury wrote.

“The good news is: it means they are negotiating,” he continued. The bad news: a lot can go wrong. An incorrect air or missile attack can blow up the whole process. ”