Home WORLD NEWS According to the French court, Air France and Airbus are being tried...
Facebook
Twitter
WhatsApp
Linkedin
LINE 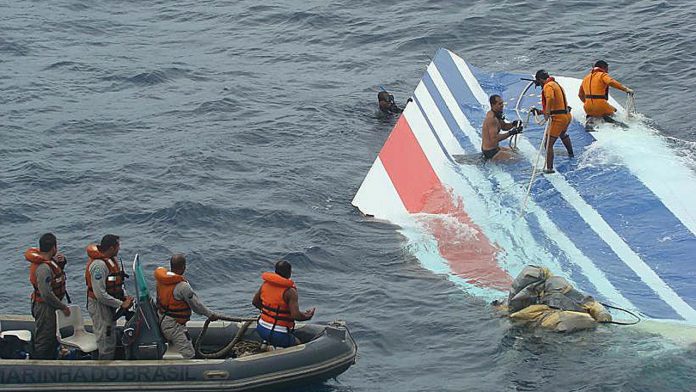 Air France and Airbus should face charges of involuntary manslaughter after the 2009 crash of a flight from Rio de Janeiro to Paris that killed all 228 people on board, a court in Paris ruled Wednesday.

Flight AF447 crashed into the Atlantic Ocean during a storm on June 1, 2009, the deadliest crash in Air France history.

With the decision, the court followed the prosecutor’s recommendation and overturned a previous court decision to drop the case against the French flagship and best aircraft manufacturer in Europe.

It took two years to find the wreckage of the Airbus A330 jet, which was eventually located by remote-controlled submarines at a depth of 3,900 meters (13,000 feet).

Investigators determined that the crash was caused by pilot errors disoriented by faulty speed trap equipment.

The prosecution’s call for a homicide trial against both Air France and Airbus went beyond the Paris prosecutor’s initial demand that only Air France be charged with manslaughter.

Both prosecution teams contested a 2019 decision to drop the charges by the two investigating magistrates assigned to the case, who said they could not blame the companies in what appeared to be a pilot error case.

But prosecutors accuse Air France of indirectly causing the tragedy by providing insufficient training on how to respond in the event of a malfunction of the so-called pitot tubes, which allow pilots to control their speed.

The pilots reacted incorrectly when the plane came to a stop after the speed sensors were frozen.

The families of the victims waited a long time for the decision of the court of appeal in Paris.

“It is tremendous satisfaction to feel that we have finally been heard by the courts,” Daniele Lamy, president of an association of victims’ families, said after Wednesday’s ruling.

Since the disaster, pilot training on how to deal with contingencies in France and several other countries has been stepped up.