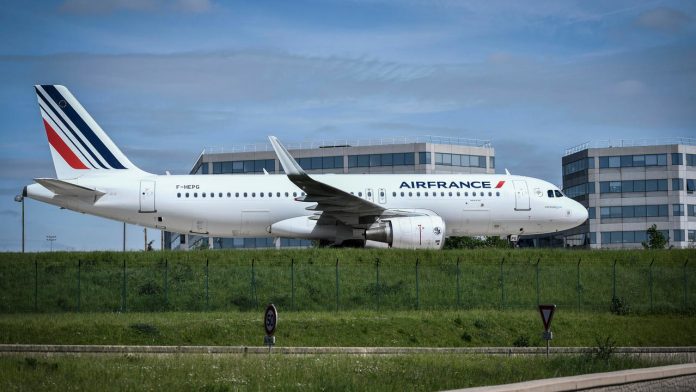 The EU approved on Tuesday a plan by the French government to inject up to four billion euros into Air France, affected by a collapse in passenger traffic during the pandemic.

The $ 4.7 billion deal follows weeks of negotiations with the European Commission, which must ensure that state aid does not give companies an unfair advantage.

In exchange for the green light, the Commission, which is the EU’s antitrust regulator, said that Air France would give up about 18 seats a day at Orly, Paris’ second largest airport after Charles de Gaulle.

French Finance Minister Bruno Le Maire said the EU had also allowed the French state to increase its stake in the national carrier to 30 percent, compared to the current 14.9 percent.

Air France reported a loss of 7.1 billion euros ($ 8.4 billion) in 2020 as its operations, like those of the rest of the world’s airlines, suffered from coronavirus restrictions that all but grounded global air traffic.

The rival airline Ryanair, whose criticism of state aid to older airlines often finds a sympathetic ear in the European Commission, has paralyzed previous French support for Air France and said it distorts competition.

The Irish low-cost airline has long lost support to national champions and is often supported by Brussels.

Ryanair – Europe’s largest airline in terms of equestrianism – is also trying to challenge Germany’s massive rescue of Lufthansa in EU courts as well as systems in Spain, the Netherlands, Denmark and Portugal.

The Dutch flag company KLM, which forms an alliance with Air France, will not benefit from the support.