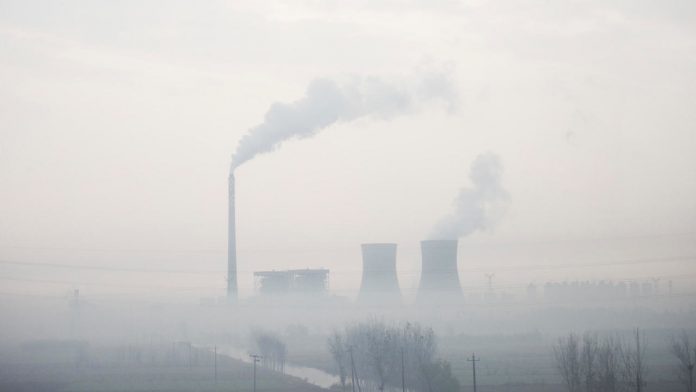 After years of being a climate deviant due to Donald Trump’s withdrawal from the Paris climate agreement, the United States will steer global negotiations as it convenes tomorrow’s two-day summit on climate change.

Its mission has probably never been so urgent with the 2020 ranking as one of the hottest years on record. But even before the April 22-23 talks, the summit is already bearing fruit: the EU announced on Wednesday that it had reached a major climate agreement that exceeds the goals of the Paris Agreement, which climate scientists now consider necessary if a climate catastrophe is to be avoided.

The US-hosted climate summit with 40 world leaders, which runs from Thursday to Friday, will be held virtually and is expected to provide stricter targets for carbon emissions when countries recognize the need to make firmer promises to protect the planet.

Earlier this week, US President Joe Biden hinted that he would commit to reducing US greenhouse gas emissions by at least half from 2005 levels by 2030 in what climate change advocates agree is a “very ambitious yet achievable” goal.

On Wednesday, however, the EU’s 27 member states had preceded the United States in announcing a landmark decision to become the world’s first carbon-neutral continent in 2050 under a provisional new climate law.

The targets set out in the draft European law would improve the Paris target of 40% by 2030 by reducing greenhouse gases by at least 55% by the end of the decade from 1990 levels.

Biden’s summit is expected to revive the debate and increase sluggish climate goals at a critical moment.

According to the UN’s World Meteorological Organization State of the Climate study, published on Monday, last year was ranked as the hottest at a record level compared to 2016 and 2019.

The study showed that the temperature in 2020 was 1.2C above industrial levels, despite Covid – 19 blockages, which drastically reduced levels of pollution worldwide.

The increase emptied the temperature closer to the threshold set out in the Paris Agreement to limit the global temperature increase within 1.5 to 2 degrees to avoid irreversible climate damage.

The study concluded that the climate crisis intensified “relentlessly” in 2020.

The bid summit comes ahead of the next major UN climate summit (COP26) in Glasgow, Scotland, in November, where countries in the Paris Agreement are expected to update their emissions targets for the next decade. What happens from the conversations over the next two days may well be crucial in setting the tone for COP26.

Jowharspoke with Åsa Persson, research director at Stockholm’s environmental institute, before the US-led climate negotiations to find out what is at stake and what leaders need to do to achieve a bolder climate story.

FRANCE 24: The EU preceded Biden and set its own ambitious CO2 emissions targets – 55 percent cuts by 2030 compared to 1990 levels, up from the Paris target of 40 percent. The European Greens wanted to beat 60 percent. Is that a good enough deal?

Åsa Persson: It is extremely important that the EU continues to show climate leadership of this kind and to give other countries incentives to join this race. When it comes to the 2030 goals, it is a little less than what science requires, but it is a lot because it is an agreed agreement that has broad support when it crosses political party borders and states.

It is necessary to have a strong foundation for more specific policies. This new EU package sends a strong signal that we need to see stronger measures and no backtracking of any kind when it comes to policy.

At the end of the day we can discuss levels of goals, but what the climate cares about is the result. At the moment, we need to work on the goals that have been agreed and move on to measuring results.

A report from the Global Energy Monitor shows that although China made a “world-leading” promise to reach net zero by 2060, it added enough coal-fired power plants by 2020 to interrupt the number of plant closures. Is China paying for lipstick and waiting for the rest of the world to commit itself before making real changes?

The world is really waiting to see more concrete plans for achieving net zero targets – including more short-term goals and measures – so there is still a chance for China to increase and provide a plan.

However, the new information is very worrying. This indicates a lack of uniformity. But we also see this in many other countries that continue to invest in the production of fossil fuels while counteracting climate goals. Coal power in China is on a much larger scale, so it is important that they show how they intend to be consistent in their policies.

What is important to note with this international summit is that it is partly about international diplomacy and countries that show leadership and attract others to join them. But at the same time, there must be strong domestic support for a country to be able to set ambitious goals. All new goals must be meaningful when it comes to domestic policy.

The WMO report on the climate report, released on Monday, showed that temperatures in 2020 rose by 1.2C above pre-industry levels, despite dramatic reductions in global pollution due to freezing. Given this gloomy view, what would be a successful outcome of these talks?

Three things. The first and most urgent thing is that countries immediately stop investing in fossil fuels to ensure that their economic recovery from the pandemic is indeed green, as many promised but has not yet been delivered.

If more countries announce 2030 goals as the United States is expected to do, it is a positive step in the climate ambition. Many had hoped for a higher goal that would also take into account climate capital for how the United States has a history of higher historical emissions. It is a good goal and sends the right signal to the US economy.

And the third successful outcome would be if more countries commit themselves to providing climate finance to vulnerable countries in developing countries. With more extreme weather, disasters and challenges, it is so important from the point of view of solidarity that new financial commitments are made.

We already have a Green Climate Fund, an international mechanism that started at the time of the Paris Agreement. The United States has been lagging behind in providing its share of the funding. But the United States has now announced a major commitment to this, so they are catching up. But if you look at the overall level, all developed countries need to provide additional funding.

French President Emmanuel Macron admitted that he had made a mistake in underestimating the effects of his “green transition policy” on ordinary people, which included a tax on diesel. He said governments must “follow” ordinary people to help them and the transition to the industry. What do leaders need to do to ensure that the cost of slowing global warming is shared more fairly?

This is the key issue now. That we are seriously starting our climate transition by changing our energy system, transport system and even how we produce food.

First, we must think about how we create jobs and good jobs in connection with this great change. Secondly, like the French example, pay attention to inequality to ensure that climate change and policy do not disproportionately affect poorer or more vulnerable groups.

So use compensation mechanisms and targeted support to ensure that we do not reinforce existing inequalities. And also for leaders to provide a convincing vision for the future and national identity of what a climate-changing society would look like.

How do we make it work for everyone? How do we make it attractive and a story that people want to be a part of? In Sweden, for example, we have a very heavy industry, such as steel, and they have made bold commitments to become fossil-free, and this involves local authorities and other industries. This will be a source of national pride and faith in the future. Stories are important to ensure broad support.

It is always an interaction between industry and government because the government sets framework conditions and goals at a high level, but we need brave industry leaders to change their business models and innovate.

A new report from the International Energy Agency this week showed that carbon dioxide emissions are expected to bounce back this year – last year they decreased due to the pandemic. When the economy opens up, a compensatory effect will arise.

While the main summit will be COP 26 in Glasgow, the positive thing about the US with this meeting is that it is trying to increase speed and what they plan to contribute to stabilizing the global climate.

What is at stake in these climate talks compared to five years ago and the Paris Pact?

The same issues are at stake: our planet’s health, safety and human well – being. But we see a completely different urgency at this time because we have a very short time window to speed up a green transition. We now have five years less, so it’s even more important.