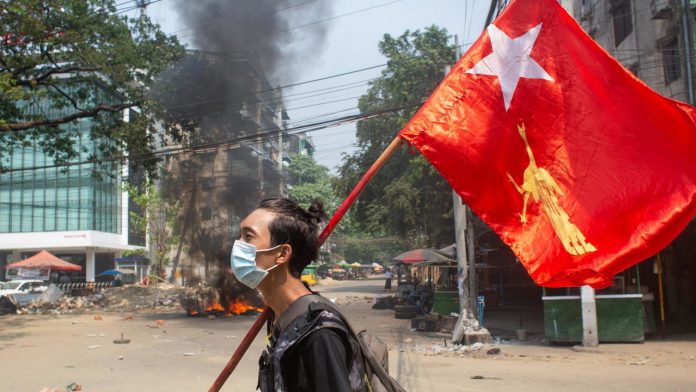 An Australian couple has been released from house arrest in Myanmar and allowed to leave the country without charge, one of the two business consultants said on Sunday.

Christa Avery and her husband Matthew O’Kane were denied permission to leave Myanmar last month to board a flight home.

The country has been in turmoil since a military coup on February 1 that fired elected leader Aung San Suu Kyi.

“I am, of course, incredibly relieved to have been released and to be on my way home with my husband, Matt,” Avery said in a statement.

“Even though I knew I had done nothing wrong, it was very stressful to be under house arrest for two weeks.”

Another Australian, Sean Turnell, a financial adviser to Suu Kyi, has been detained since shortly after the army took power and is in jail.

“I hope that even if Sean cannot be released very soon, he can at least be placed under house arrest for his physical, mental and emotional well-being,” Avery said.

According to the monitoring group Assistance Association for Political Prisoners, more than 2,500 people have been detained since the coup.