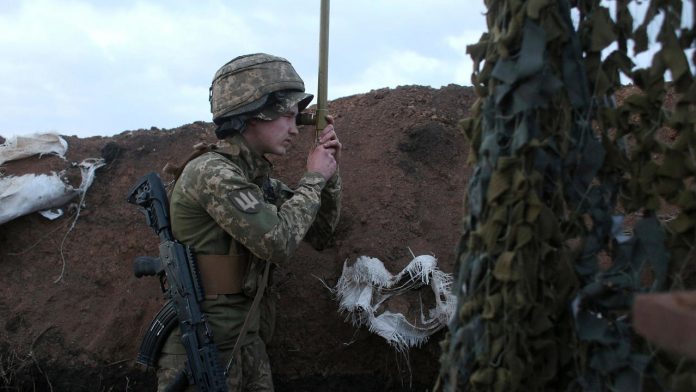 US President Joe Biden and German Chancellor Angela Merkel have agreed to call on Russia to reduce its troops on the border with Ukraine, Merkel’s office said on Wednesday.

During a telephone conversation on Wednesday, the two leaders agreed that a downscaling of Russian troops there would help to “de-escalate” tensions in the region, the statement said.

In his reading of the conversation, the White House said “leaders expressed concern over the build-up of Russian troops on Ukraine’s borders and in occupied Crimea, reaffirming their support for Ukraine’s sovereignty and territorial integrity.”

“My impression is that the Russian side is trying everything to provoke a reaction,” she told ARD public television.

“Together with Ukraine, we will not be drawn into this game,” she added.

The growing Russian presence along the Ukrainian border has caused concern in the West in recent days.

Washington says Russian troop levels there have been at their highest since 2014, when war first broke out in eastern Ukraine with Moscow-backed separatists.

But Russia has insisted that it send troops to its western borders for combat exercises due to “threats” from the transatlantic alliance NATO.

On Tuesday, Biden proposed a summit with Russian President Vladimir Putin, an offer that Russia is still considering.

Earlier in April, Ukrainian President Volodymyr Zelensky called on NATO to speed up its country’s membership in the alliance, saying it was the only way to end the fighting with pro-Russia separatists.