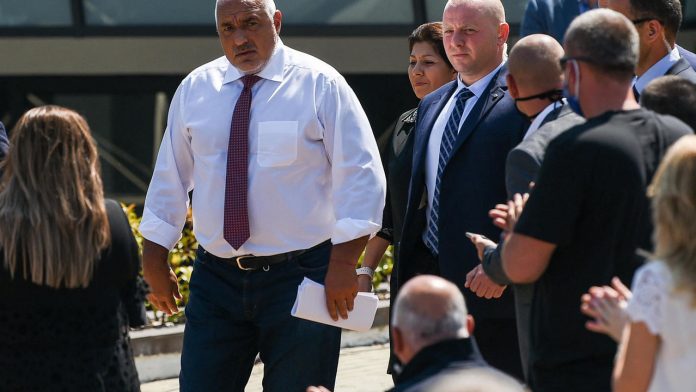 The Bulgarians voted on Sunday to elect a new parliament, with Prime Minister Boyko Borisov’s center-right party tipped to quit first, although it may struggle to find coalition partners.

Turnout is predicted to be low due to the coronavirus pandemic, with Bulgaria battling a third wave of infections that have seen hospitalizations increase.

Support for Borisov’s GERB party – in power almost continuously for almost a decade – has been eroded by a series of scandals, with protests last year accusing the government of protecting oligarchs.

Opinion polls before the evening gave GERB 28-29 percent of the vote, or an estimated 75-76 seats in the legislature with 240 seats.

Three times Prime Minister Borisov has refused all contact with the media since the demonstrations.

Instead, he has used social media to broadcast his unannounced campaign track visits to the countryside under the slogan “Work, work, work!”.

“I have always taken into account what the people decide … let the elections be honest,” Borisov said after voting in the absence of journalists.

“The enormous support we received from our European counterparts shows the importance of a stable European government in Bulgaria,” he said in a statement on Facebook.

Up to six other parties are expected to win seats in parliament, says political analyst Antony Todorov, making it difficult to form the next cabinet.

“It is the absence of an alternative due to the fragmented and convincing opposition that explains GERB’s hegemony,” he added.

The fear of infection in a third coronavirus wave, which has seen hospitals in the EU’s poorest countries filled to the brim, may well impair turnout, say analysts.

The number of voters will be among the most notable aspects of the election and will likely define the strength of the legislature for the new faces that have emerged from the protests.

About 40 percent of the eligible 6.7 million voters are predicted to turn up on Sunday, according to the Alpha Research Institute.

Fear of the virus can affect the outcome of, above all, the socialist oppositions, whose older voters are more likely to abstain.

With 20 to 22 percent of the intended votes, the Socialist Party will probably get 54-56 seats.

A new populist group, There is such a nation, led by a sharp heavy talk show host and Borisov critic Slavi Trifonov, votes in third place with about 13 percent and 33-34 seats.

Just behind it is the Turkish party’s movement for rights and freedoms, a traditional kingmaker in several governments, with over 12 percent and 33-34 seats.

Two other formations are specifically aimed at the votes of those who joined last year’s demonstrations.

The right-wing democratic coalition in Bulgaria, whose leaders encouraged the protests and Stand up! Mafia out! The left-wing coalition, close to President Rumen Radev, is set to collect five to six percent of the vote and end up with 13-17 lawmakers each.

GERB’s current governing coalition partner – the nationalist VMRO party, which will in all probability pass the threshold of four percent to enter parliament after an aggressive campaign of anti-Roma, anti-LGBT and anti-Macedonia rhetoric.

First partial official results, which are usually expected late on Sunday evening, may be delayed due to the introduction of machine voting along with the regular voting in most major polling stations.