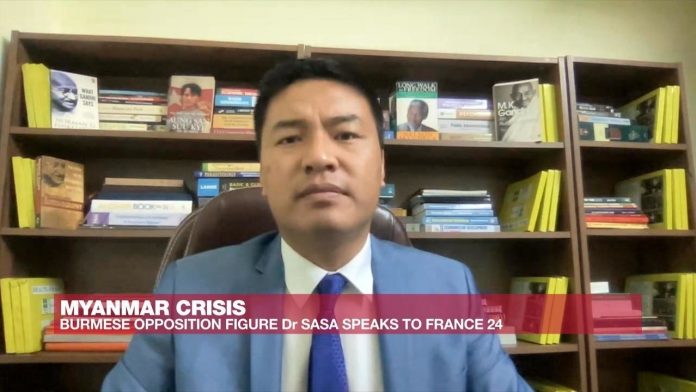 The exiled Burmese opposition figure Dr Sasa is the UN envoy for Myanmar’s CRPH, a committee representing parliament elected in November but unable to take office due to the military coup.

Dr Sasa called on the international community – including Russia and China – to stop the junta’s military attack on the people of Myanmar.

He called on world leaders to act now to prevent civil unrest from turning into a “genocide” that could soon send refugees to neighboring countries.