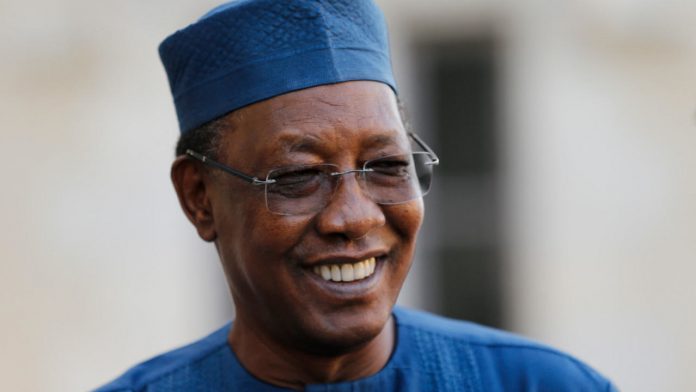 Chad’s president Idriss Deby Itno has died on the battlefield after three decades in power, the army announced on state television on Tuesday.

The stunning announcement came just hours after election officials declared Deby, 68, the winner of the April 11 presidential election, paving the way for him to remain in power for another six years.

Deby “has just breathed his last of the defense of the sovereign nation on the battlefield” over the weekend, Army spokesman General Azem Bermandoa Agouna said in a statement read on state television.

Deby’s campaign said on Monday that he was heading for the front lines to join troops fighting “terrorists”.

The circumstances surrounding Deby’s death could not be immediately confirmed independently due to the remote location. It was not known why the president had visited the area or participated in ongoing clashes with the rebels who opposed his rule.

Rebels based across the northern border in Libya attacked a border post on election day and then advanced hundreds of kilometers south across the desert.

One of Africa’s longest-serving leaders

Deby came to power in an uprising in 1990 and is one of Africa’s longest-serving leaders.

Although he ruled Chad with an iron fist, he was a key ally in the West’s anti-jihadist campaign in the troubled Sahel region.

The army said a military council led by the late president’s 37-year-old son Mahamat Idriss Deby Itno, a four-star general, would replace him.

On Monday, the army had claimed a “major victory” in its fight against rebels from neighboring Libya, saying it had killed 300 warriors, with the loss of five soldiers in its own ranks during an eight-day battle.

He was a shepherd son of the Zaghawa ethnic group who took the classic path to power through the army and enjoyed military culture.

His latest election victory – with almost 80 percent of the vote – had never been in doubt, with a divided opposition, boycott talks and a campaign banning or spreading demonstrations.

Deby had fought for a promise to bring peace and security to the region, but his promises were undermined by the rebellion.

The government had applied on Monday to assure affected residents that the offensive was over.

There had been panic in some areas of N’Djamena on Monday after tanks were placed along the city’s main roads, an AFP journalist reported.

Thoughts were later drawn apart from a perimeter around the president’s office, which is under high security during normal times.

“The establishment of a security deployment in some parts of the capital seems to have been misunderstood,” Prime Minister Cherif Mahamat Zene said on Twitter on Monday.

“There is no particular threat to fear.”

However, the US embassy in N’Djamena had on Saturday ordered unnecessary staff to leave the country and warned of possible violence in the capital. Britain also urged its citizens to leave.

The French embassy said in an advisory session to its Chadian citizens that the deployment was a precautionary measure and that there was no specific threat to the capital.

The uprising in the provinces of Tibesti and Kanem was carried out by the Front for Change and Concord in Chad (FACT), based in Libya.

The group has a non-aggressive pact with Khalifa Haftar, a military strongman who controls much of Libya’s east.

FACT, a group made up mainly of the Saharan Goran people, said in a statement on Sunday that it had “liberated” the Kanem region. Such claims in remote desert combat zones are difficult to verify.

The Tibesti Mountains near the Libyan border often see fighting between rebels and the army, as well as on the northeastern border with Sudan. French airstrikes were needed to stop an invasion there in February 2019.

In February 2008, a rebel attack reached the gates of the presidential palace before being driven back with French support.