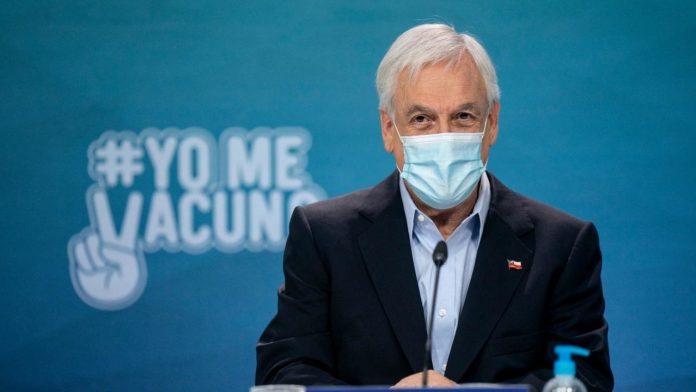 Chile’s Senate on Monday agreed to postpone the election by five weeks to elect a commission to rewrite the country’s dictatorship constitution due to a sharp rise in coronavirus infections.

The election was originally scheduled for Sunday until President Sebastian Pinera proposed a delay a week ago.

The Senate’s decision still needs to be approved by the lower house.

If so, the election will decide the members of a constituent assembly that will rewrite the constitution – which has been in force since the Augusto Pinochet dictatorship (1973-90) – now taking place on 15 or 16 May.

The campaign would also be suspended until April 28.

Bringing the bill through Congress has taken longer than expected with the opposition putting pressure on an increase in social measures to help people mitigate the effects of the pandemic.

The Senate discussed the proposed delay along with a series of economic measures.

However, due to changes in the original text, the bill must now return to the Chamber of Deputies for final approval.

When Pinera announced his proposal, Pinera said on May 28 that “the health of all Chilean residents” was the priority.

Chile has recently recorded record daily infections and has regularly topped 8,000 – a much higher number than during the first wave of the pandemic.

About 90 percent of the 19 million people have been detained over the past ten days, despite Chile making significant progress in its immunization program, with seven million people receiving at least one vaccine dose.

Experts point to the increase in cases of a false sense of security from the arrival of vaccines, a number of new virus strains and a rapid slowdown in containment measures.

It had been one of the biggest demands when social unrest broke out in October 2019 and lasted for months.

Mayors and governors will also be able to be re-elected during the vote.

One of the key points in reaching an agreement on the delay was whether the mayor could return to work during the break.

The mayors insist that they must carry out their duties, but their opponents claim that it will enable them to circumvent the ban on campaigns.