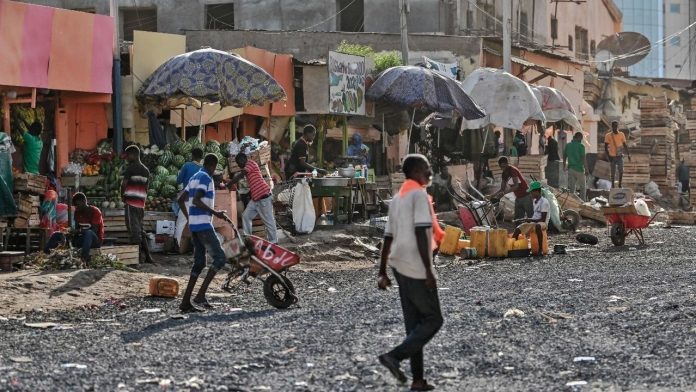 The horn in the African country of Djibouti goes to the polls on Friday as President Ismail Omar Guelleh seeks a fifth term in the small but strategically important nation home to military bases for the United States, China and others.

Guelleh, 73, faces only one challenger, independent candidate Zakaria Ismail Farah, who stopped the campaign early while claiming he could not do so in safety. In protest, he appeared with a taped mouth.

Critics call the president a heavy-handed dictator, but others in Djibouti see him as a driving force in the country’s development and relative stability. The country is located on the Red Sea along one of the world’s busiest shipping lanes.

Guelleh has been in power since 1999 after the death of his predecessor, Hassan Guled Aptidon, the country’s first president. Djibouti gained independence from France in 1977.

Guelleh told reporters days ago that he was no longer interested in power but only responded to the will of the people.

“It is my people, the Djibouti, who have asked me to run again and not leave them for the prosperity of the nation,” he said.

More than 205,000 people are registered to vote in Djibouti, which has a population of over 600,000. The country is a mixture of ethnic Somali, Afar and Arab.