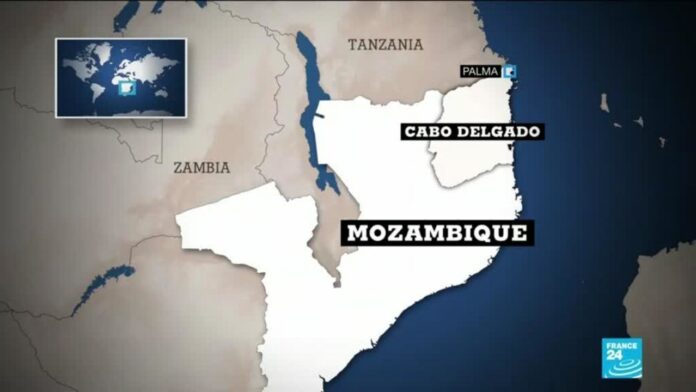 Dozens of people were still unknown for Sunday after a deadly Islamist attack on Mozambique’s northern city of Palma, while thousands of survivors were evacuated to the provincial capital of Pemba, various sources said.

Militants began attacking the city, a gas center in the province of Cabo Delgado, on Wednesday, forcing nearly 200 workers, including foreign workers, to evacuate a hotel where they had taken refuge.

They were temporarily taken to the heavily guarded gas plant on the Afungi Peninsula on the Indian Ocean coast south of the Tanzanian border before being relocated to Pemba.

Some residents of the city of about 75,000 people fled to the peninsula – home to a multi-billion dollar gas project built by France’s Total and other energy companies.

A boat leaving Afungi on Saturday landed in Pemba around noon, according to police patrolling the city’s port.

According to a source close to the rescue operation, there were about 1400 people on board.

The evacuees included non-essential staff from Total and Palma residents who had sought refuge at the gas plant.

Several other small boats packed with displaced people were on their way to Pemba and are expected to arrive overnight or Monday morning, according to humanitarian aid agencies.

Caritas, a Catholic aid company operating in the province, also reported new arrivals to Pemba, about 250 kilometers south of Palma.

Shots in their home

“Now we are waiting for the arrival of the most vulnerable people so that we can provide help,” the local head of Caritas, Manuel Nota, told AFP.

Human Rights Watch said the militants indiscriminately shot civilians in their homes and on the streets.

“A rescue operation is underway. An unknown number of people died as they tried to flee the Amarula hotel,” Human Rights Watch regional director Dewa Mavhinga told AFP, adding that their rescue convoy was “attacked by the rebels”.

The Mozambican government, which has not provided an update on the attack since Thursday, is expected to hold a press conference at 1700 GMT.

The militant attack on Palma is the closest to the major gas project during a three-year Islamist uprising in northern Mozambique.

Since October 2017, extremist warriors have raided villages and towns in the region, forcing nearly 700,000 to flee their homes.

The violence has left at least 2,600 people dead, half of them civilians, according to the US-based data collection agency Armed Conflict Location and Event Data (ACLED).

A South African worker was killed in the Palma violence, according to a government source in his home country.

Martin Ewi, senior researcher at the Pretoria-based think tank, Institute for Security Studies, said that “over 100” people are still not reported.

“That’s what we know so far, but it’s so confusing.”

While local media reported that British workers may also have been caught in the attack, the UK’s Commonwealth and Development Office said its embassy in Maputo was in “direct contact with the Cabo Delgado authorities to quickly seek further information on these reports”.

The United States, whose troops are helping to train Mozambican troops in the fight against the uprising, said on Sunday that it “continues to monitor the horrific situation in Palma” and added that a US citizen who was in Palma was evacuated safely.

The embassy announced earlier this month that US military personnel will spend two months training soldiers in Mozambique.