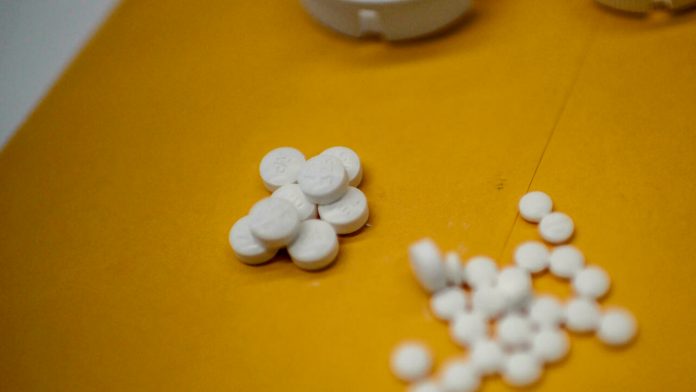 Prosecutors from several US states on Wednesday unveiled a sweeping proposed settlement that would see four drug companies accused of fueling the country’s opioid epidemic pay up to $26 billion to resolve thousands of claims in federal and state courts.

The proposed settlement is the largest unveiled in the multi-year legal effort to hold the industry accountable for the opioid crisis, which has caused more than 500,000 deaths in the United States over the past 20 years.

“The countless companies that produced and distributed opioids across the country did so without regard for the life or even the national crisis they helped fuel,” James said in a statement.

“Today we hold these companies accountable and inject tens of billions of dollars into communities across the country.”

James told reporters the settlement covers civil cases, but declined to comment on whether criminal charges were still possible.

At least two states, Washington and West Virginia, criticized the agreement and pledged to continue to litigate.

Washington State Attorney General Bob Ferguson said the proposed $527.5 million disbursement to his state over 18 years “was not a transformative amount of money and not sufficient to address the devastation of the opioid crisis. “

West Virginia Attorney General Patrick Morrisey, who had previously settled with the three distributors but is still suing J&J, said the agreement “falls short” smaller states by distributing funds based on the population rather than “the intensity of the opioid crisis”.

Prosecutors supporting the deal said they expect most states to welcome an opportunity for immediate funds.

“We want to get this money into our communities as quickly as possible, and to the maximum amount that is possible because people are dying, and we want to save lives,” said North Carolina Attorney General Josh Stein.

He said he expects more than 40 states to support the scheme.

In addition to New York and North Carolina, the states of Connecticut, Delaware, Louisiana, Pennsylvania and Tennessee have already signed the deal.

The settlement does not address lawsuits against Teva and Allergan, nor the role of drugstore chains such as Walgreens and CVS that have also been sued.

Under the agreement, J&J agreed to pay up to $5 billion over nine years and stop selling opioids nationwide, James said.

The three distributors will pay up to $21 billion in 18 years and agreed to set up a centralized clearinghouse to help state officials track drug shipments and better guard against suspicious orders.

The exact amount will be determined by the overall participation of state and local governments, according to James’ statement.

The three distributors described a process whereby first states, then municipalities, would have the opportunity to support the agreement.

In each phase, each of the three companies will determine “independently” whether there is sufficient support to continue.

“While the companies strongly dispute the allegations in these lawsuits, they believe that the proposed settlement agreement and the settlement process it is establishing…are important steps toward broad-based resolution of government opioid claims and delivering meaningful assistance to communities in the United States,” the companies said.

McKesson could pay up to $7.9 billion, while the other two companies could each be responsible for up to $6.4 billion.

Shares of all four companies gained as investors hailed the opportunity to clear up the uncertainty surrounding the price of liability.