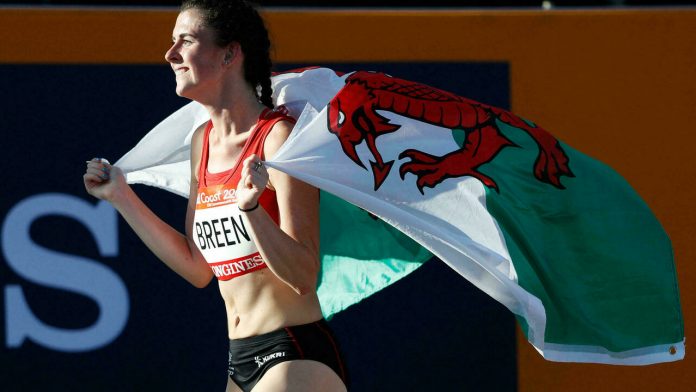 Norway’s women’s beach handball team was fined because their shorts were too long, British Paralympic athlete Olivia Breen was told by an official that her briefs were too short and Olympic swimmer Alice Dearing banned from wearing a swimming cap for naturally black hair at the Olympics from Tokyo in 2021. Ahead of the Games, which start on July 23, female athletes will be scrutinized on their choice of sportswear. Jowharlooks at why the regulations for women’s athletic uniforms are so strict.

The 2021 Tokyo Olympics haven’t even started yet, and the build-up is already fraught with debate about what women athletes should or shouldn’t wear.

Double Paralympic World Champion Olivia Breen is the latest Olympic athlete to be caught in a sartorial storm. After competing in the long jump at the English Championships in Bedford on July 18, an official said her briefs were “too short and inappropriate”.

“She told me to consider wearing shorts because my briefs were too revealing,” Breen told FRANCE 24. “I was so surprised and stunned that I asked her if she was kidding. She said no and insisted that I buy shorts.’

Writing about the incident in a Twitter post, Breen pointed to a double standard regarding athletic dress codes and questioned whether male athletes would be subject to the same level of scrutiny.

“I’ve been wearing the same style sprint briefs for many years,” she said in her post. “I recognize that there should be rules and guidelines regarding competition uniforms, but women should not become self-conscious about what they wear during competitions, [they] should feel comfortable and at ease.”

The 24-year-old says she fully complied with athletic uniform regulations, which allow athletes in her department to wear sponsorship gear (the briefs), as long as they also wear a club vest or national kit. Their outfits should not be “offensive or see-through”.

Breen filed an official complaint with England Athletics on Monday, but says he has heard nothing back. The young athlete will compete in the Paralympic Games in Tokyo in August and plans to wear the “controversial” briefs. ‘I won’t let that stop me from wearing them. I will wear them in Tokyo,” she said.

Breen’s case is not unique in any way. Alice Dearing, the first black female swimmer to ever represent Team Great Britain at the Tokyo Olympics, has been banned from wearing the swim cap made specifically for natural black hair she promotes.

Earlier this month, the International Swimming Federation (FINA) banned the use of swim caps specially made to protect dreadlocks, afros, weaves, braids and thick curly hair for the 2021 Games. Soul Cap, the company behind the swim caps, was awarded FINA told this was because their product does not fit “the natural shape of the head”.

In yet another attempt to penalize female athletes for their uniforms, the European Handball Federation (EHF) has fined the Norwegian women’s beach handball team €1,500 for wearing shorts instead of bikini bottoms during the Euro 2021 championships. The EHF called it a case of “inappropriate clothing,” the EHF said that players did not adhere to athletes’ uniform regulations, which require women to wear bikini bottoms “with a snug fit and angled upward toward the top of the leg.” cut” and are determined by the International Handball Federation.

Male beach handball players, on the other hand, are free to wear shorts up to 10 centimeters above the knee, as long as they are not “too baggy”.

The team had approached the EHF before the game to ask for permission to play in shorts. They were told that any violation of protocol would be met with fines.

While beach handball isn’t part of the Tokyo 2021 Olympics, it’s a stark reminder of the blatant double standards involved in devising regulations for athletic uniforms.

The International Olympic Committee (IOC), the authority responsible for organizing the Olympics, says it is not responsible for establishing and enforcing uniform rules. Instead, it is up to international federations for each individual sport to decide what is appropriate attire for each gender group.

According to the most recent Olympic Charter published by the IOC, they have “sole and exclusive authority to prescribe and determine the clothing and uniforms to be worn by the members of their delegations on the occasion of the Olympic Games, as well as the equipment to be used. Games”.

International sports federations do not make public their criteria for athletic uniform regulations. Jowharattempted to contact FINA and England Athletics for comment but received no response.

Helen Jefferson Lenskyj, a professor at the University of Toronto and author of “The Olympic Games: A Critical Approach,” says uniform decisions are based on either “practical considerations related to the demands of the sport,” traditional roots such as the GI for martial arts” or gender differentiation. Some federations also claim that their decisions are based purely on performance, or that they guarantee fairness.

But Lenskyj sees clear gender discrimination at play, especially given that many federations are still largely run by men. “Sports judged on aesthetics, such as figure skating, have dress codes that match judges’ often stereotypical views of what a ‘female’ skater should look like in life. The uniform regulations for women’s beach volleyball are based solely on heterosexual sex appeal,” she says.

“Obviously a lot of it is commercial,” Janice Forsyth, former director of the International Center for Olympic Studies at Western University in Ontario, told FRANCE 24.[The international federations] try to appeal to what they think is a heterosexual male audience, try to excite them to watch women’s sports, arguing that it generates interest and therefore makes it more lucrative by potentially attracting sponsors and TV contracts or even corporate sponsorship for athletes.”

If motivated, international federations could act quickly to change uniform rules for women. According to Forsyth, the fact that they choose not to do so is purely for marketing reasons.

A bit of history repeating itself

Not every Olympic sport is stuck in the “18th century,” as Paralympic star Olivia Breen put it, but many have a history of controversy when it comes to the regulations for female athletic uniforms. Swimming, athletics, badminton, boxing, gymnastics and beach volleyball have particularly bad records.

Just before the 2012 London Olympics, the Amateur International Boxing Association tried to get female boxers to wear skirts instead of shorts. Their reasoning was that spectators would be able to more easily distinguish between female and male boxers because they could not tell the difference before.

The suggestion sparked outrage and an online petition started by London amateur boxer Elizabeth Plank demanded that women be free to choose what they wear in the ring. After garnering more than 57,000 signatures, the decision was changed and female boxers were free to choose between shorts or skirts.

That same year, the International Volleyball Federation (FIVB) changed its dress code. Before the change, female players were forced to wear bikinis or bodysuits during matches. But public pressure mounted and the FIVB published new rules allowing women to wear shorts and tops with sleeves out of respect for the “religious and cultural requirements” of some participating countries.

In 2011, the Badminton World Federation was less forgiving about their uniform demands. Ahead of the London Olympics the following year, the organization decided that elite-level female athletes should wear dressers or skirts. They defended their decision, saying it would make for a more “appealing presentation.”

But recent sartorial debates are just the latest hurdle for female athletes, especially when it comes to the Olympics. Women were not allowed to participate in the games for decades and were even subjected to gender testing. And while the IOC openly promotes inclusiveness, female athletes are still subject to more scrutiny than their male counterparts.