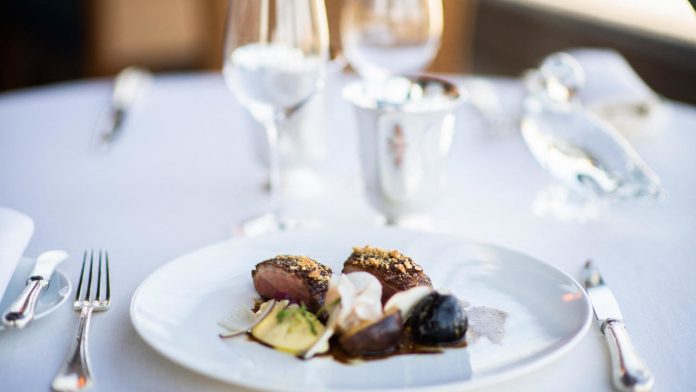 French authorities are investigating allegations that government ministers and others have secretly eaten at luxury restaurants and clubs in violation of Covid-19 restrictions.

The Paris prosecutor’s office said an investigation was launched on Sunday into possible allegations of danger and undeclared work, adding that attempts were being made to identify the organizers and participants in the alleged rallies.

The probe followed an undercover report broadcast on French television network M6 over the weekend by luxury restaurants in affluent parts of Paris that opened their back doors to “privileged” dinners in violation of lock-in restrictions. The report included an interview with an unidentified man who claimed he had eaten in two or three secret restaurants “with a certain number of ministers”.

“There are no two types of citizens – those who have the right to party and those who do not,” he said.

Government members have denied knowledge of such inaccuracies.

Restaurants have been closed in France since October to slow the spread of Covid-19 with lock-in measures tightened last month due to a sharp rise in cases.

The prosecutor’s office on Monday said that the investigation would continue despite reports that the man in the documentary had withdrawn his claim.

A lawyer for Pierre-Jean Chalençon, the owner of the Palais Vivienne who has since been identified by media who interviewed the M6 ​​report, said in a statement sent to AFP late on Sunday that his client only showed “humor” and a “sense of it. absurd “.

Government spokesman Gabriel Attal said on LCI television on Sunday night that authorities have been investigating reports from secret parties and restaurants for several months and that 200 suspects have been identified facing “heavy punishment”.

Ministers “have a duty to be completely irrevocable and exemplary,” Attal said.

But many owners say that the money is not enough to compensate for lost sales because they have to continue to pay rent.