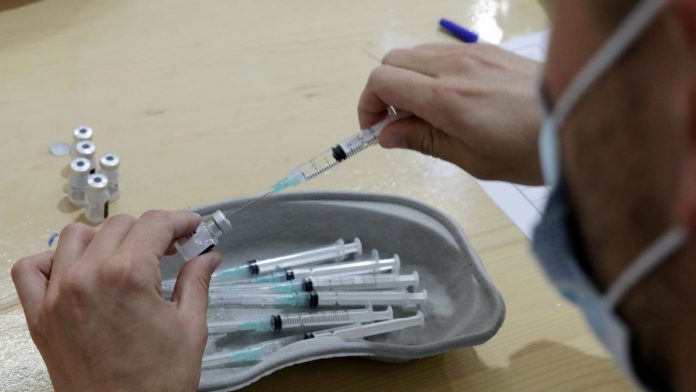 France will extend the period between the first and second shots of mRNA anti-COVID vaccines to six weeks from four weeks from April 14 to speed up the vaccination campaign, Health Minister Olivier Veran told JDD on Sunday.

Although France’s main health authority recommended a six-week period between the two shots in January to extend supplies, the government said at the time that there was not enough information on how well the vaccines were performed over a longer period.

France could certainly do it now because it vaccinated a younger age group, Veran said.

“(It) allows us to vaccinate faster without reducing protection,” the minister told the newspaper.

France has approved the use of the mf vaccines Pfizer / BioNTech and Moderna.

Veran also said that from Monday, the AstraZeneca vaccine would be made available to anyone over the age of 55 and not just those with serious conditions.

After an ice start, France’s vaccine rollout begins its run and reaches a target of 10 million first doses a week before a target in mid-April. The government intends to deliver another ten million first shots in mid-May.

Johnson & Johnson would deliver its first 200,000 doses for France on Monday, a week early, Veran said.

President Emmanuel Macron, who was forced by a spiral infection spike and congested healthcare system to impose a third nationwide lockdown, expects an accelerated vaccination to allow for a gradual resumption of the country from the middle of next month.

The number of intensive care units continues to increase and France will almost certainly exceed the threshold of 100,000 deaths this week. It reported over 43,000 new COVID-19 cases on Saturday and said there were now 5,769 patients receiving critical care.

But Veran said there were signs that a new shutdown was beginning to lower the rate of infection.

“It’s still very loud,” Veran told JDD. “We can expect that after a period of stabilization, autumn will come. But for that we must continue.”