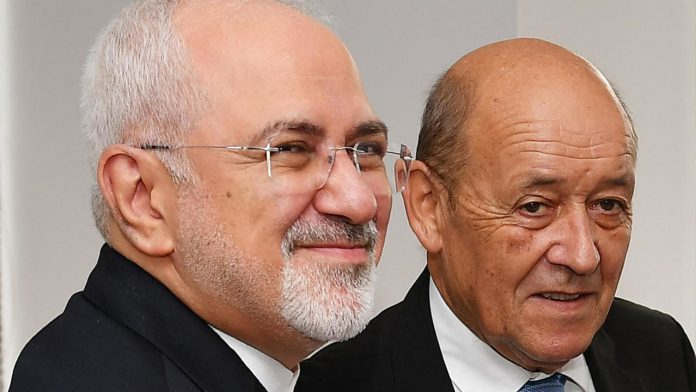 French Foreign Minister Jean-Yves Le Drian has called on Iran to show a constructive stance in indirect talks to be held with a US delegation in Vienna next week as part of a broader effort to revive a 2015 nuclear deal.

Following a conversation with his Iranian counterpart Javad Zarif on Saturday, Le Drian said in a statement that he had asked Iran to refrain from further violations of current nuclear weapons commitments for aid talks.

“I encouraged Iran to be constructive in the discussions that will take place,” Le Drian said. “They are intended to help identify in the coming weeks the steps that will be needed to return to full compliance with the Nuclear Power Agreement.”

The European Union is pushing for the return of US President Joe Biden’s administration to the nuclear deal to limit Tehran’s ambitions.

The United States will not participate directly in the discussions, which also involve China, Germany, Russia and the United Kingdom. But for the first time since former leader Donald Trump withdrew from the 2018 Iran agreement, a US delegation will be present.

In the 2015 nuclear deal, Iran saw relief from international sanctions in exchange for accepting borders for its program aimed at easing fears that they might acquire nuclear weapons.

Biden has promised to rejoin the condition Iran first returns to respecting commitments they abandoned in retaliation for Trump’s decision to impose crippling sanctions. However, Tehran says Washington must end sanctions before taking any action.

US State Department spokesman Ned Price called the Vienna talks a “healthy step forward”. He said Washington was “still open” to direct talks with Tehran, a possibility that Iranian officials have so far ruled out.