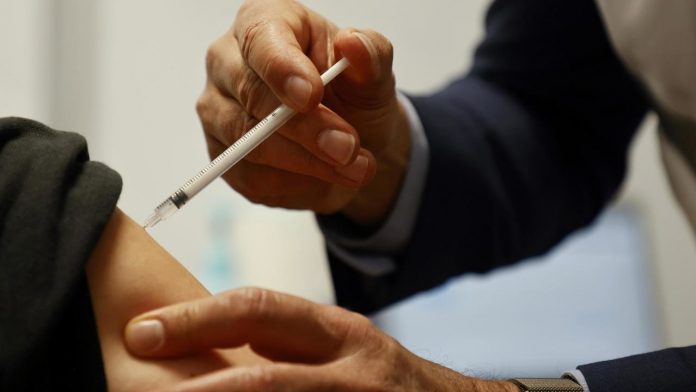 French President Emmanuel Macron said on Friday that vaccinations against Covid-19 will be open to all adults from June 15, regardless of medical condition.

People over 50 will be able to sign up for a jab from May 15, he added on Twitter, compared to an age limit of 55 at present.

Health Minister Olivier Véran said earlier that vaccinations would be open this weekend for another four million people in France, with people aged 18-50 with chronic diseases, such as heart disease, high blood pressure or obesity, now eligible.

More than 15 million people have received their first Covid-19 jab in France, representing 29 percent of the adult population.

About 6.2 million people, just under 12 percent of adults, have now also received a second dose.

Macron’s announcement comes a day after he said France would start relaxing its curfew and allowing cafes, bars and restaurants to offer outdoor seating from 19 May.

The French president made it clear that this timetable was preliminary and could be delayed in areas where intensive care units are close to saturation or the prevalence of Covid-19 exceeds 400 cases per 100,000 inhabitants.

France’s key Covid-19 indicators all showed some signs of improvement on Wednesday, with the seven-day moving average of daily new infections falling to 27,366 from 38,000 when the lock began.

But authorities still report about 30,000 viral infections every day and French hospitals are still nearly overwhelmed, with more than 5,800 critically ill patients in French intensive care units on Thursday.

France has so far registered 5.57 million cases of Covid-19 and 103,947 deaths since the pandemic began.