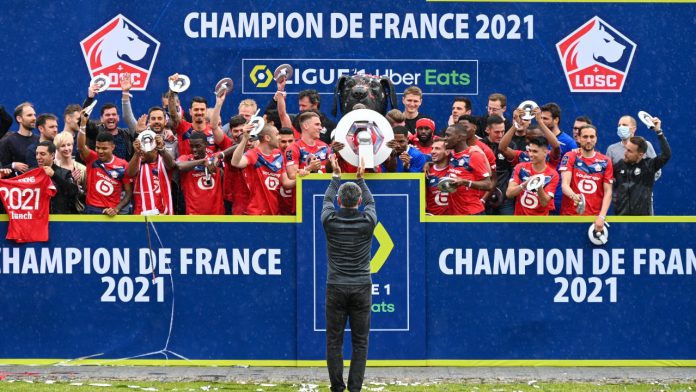 The award of a share of the television rights of the French league to Amazon on Friday sparked a furious boycott of the other winning bidder, Canal+.

The French League had just announced that the rights to show Ligue 1 games were attributed to Amazon and Canal+ in a deal worth €663 million ($802.23 million) before Canal+ said it was pulling out.

Canal+ says it is not willing to share the rights with Amazon.

“Canal+ will therefore not broadcast Ligue 1,” it said in a statement.

With less than two months to go before the start of the 2021-2022 French season in early August, the French League (LFP) TV rights picture has once again been thrown into chaos.

The LFP was looking for replacements for the Spanish-Chinese company Mediapro, which gave up its recording contract last season.

On Friday, the LFP chose to split the Ligue 1 rights between Canal+ and Amazon, also granting the US retail giant some of its Ligue 2 games with beIN Sport.

The total meant France’s professional clubs had to share half of the €1.2 billion per season they thought they would receive if they chose Mediapro, whose foray into France ended in fiasco.

But the total was still close to the amount Canal+ and beIN paid when they split the live rights in the 2016-2020 cycle.

Canal+ would pay €332 million per season over the period for the right to broadcast two matches from each round of Ligue 1 in France. Amazon would pay $250 million a year for the domestic rights to the other eight.

Canal+, which had failed in a legal bid to block Amazon on Friday morning, immediately announced it would refuse to broadcast Ligue 1 football next season.

“Following the failure of the choice of Mediapro in 2018, Canal+ regrets the decision of the Ligue de Football Professionnel to today accept Amazon’s offer to the detriment of its historic partners Canal+ and beIN Sports,” subscriber channel Canal+ said in a statement. .

The Mediapro contract was terminated in December, barely four months later, after the company failed to meet payment deadlines.

Under that deal, Mediapro showed 80 percent of the games and Canal+ paid 330 million euros per year for the rest.

Canal+ said in its statement that French viewers can instead watch the sport it is willing to broadcast: “The two best matches of each round of the Champions League… the Super Cup between Chelsea and Villarreal… Premier League, Top 14 (rugby), Formula 1 and MotoGP.”