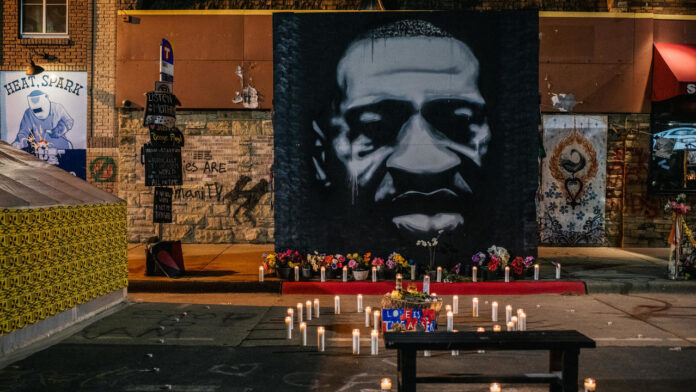 George Floyd must be brought to justice, his family said in an initial argument on Monday in the trial of the white police accused of killing the black man, whose outrageous death sparked protests against racism and police brutality across the United States and around the world.

“I have a big hole in my heart right now. It can not be patched up … I need justice for George. We need a conviction,” Floyd’s brother Philonise told reporters in Minneapolis on Sunday.

Derek Chauvin, a veteran of the Minneapolis police, is facing murder and murder charges for his role in May 46, Floyd’s death May 25, 2020.

Chauvin, 44, who was fired from the police along with three other officers, could be sentenced to up to 40 years in prison if convicted of the most serious charge – second-degree murder.

“I think he will be convicted,” Philonise Floyd said on Sunday.

Floyd’s cause of death is expected to be the central issue in the case, and an important piece of evidence is probably the vivid film of his death that went viral and sparked a summer of anti-racism protests.

Chauvin was seen in the video kneeling at Floyd’s neck for almost nine minutes while arresting him for allegedly passing a counterfeit $ 20 bill.

As he lay face down on the street, the handcuffed Floyd complained that he could not breathe and shouted for his mother.

Chauvin’s lawyer, Eric Nelson, is expected to argue that the official followed the police procedure, claiming that Floyd’s death was due to an overdose of the drug fentanyl and the underlying health condition.

Ben Crump, a lawyer for the Floyd family, said on Sunday that the defense would attack Floyd’s character in the hope that “you forget what you saw in that video.”

Initial arguments will begin at 9 a.m. (1400 GMT) in a closely guarded courtroom in Minneapolis to closely monitor a trial around the world.

The procedure is expected to last for about a month.

Fifteen jury members have been selected, although Hennepin’s district judge Peter Cahill is expected to leave a jury on Monday and continue with 12 and two deputies.

The panel that sits after two weeks of selection by the jury is mixed race: six white women, three black men, three white men, two women with mixed race and one black woman.

Police officers are rarely convicted in the United States when accused.

A conviction for any of the charges – second-degree murder, third-degree murder or murder – will require the jury to return with a unanimous verdict.

The public has been banned from participating in the trial due to the Covid-19 pandemic, but it is being livestreamed.

The identity of the juries will not be revealed until after the trial, but some details are known.

They range in age from 20s to 60s and include a chemist, a social worker, an accountant and a nurse. Two are immigrants to the United States.

One is a grandmother, one is newly married and one is a single mother of two teenage boys.

The selection process for the jury was complicated by the intense pre-trial publication and all but one of the jurors said they had seen at least part of the arrest video.

Several potential jurors were acquitted after telling the judge that they could not be fair or impartial or assume that Chauvin was innocent as required by law.

Others expressed concern for their safety.

Nelson, Chauvin’s lawyer, asked to delay the trial and move out of Minneapolis because of the March 12 announcement that the city had reached a “false death” settlement of $ 27 million with the Floyd family.

Judge Cahill dismissed the claim, saying, “I do not think there is a place in the state of Minnesota that has not been subjected to extreme publicity in this case.”

They will be tested separately later in the year.