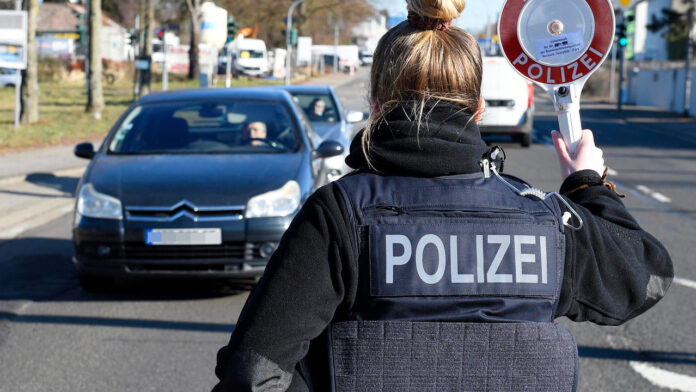 On Friday, Germany declared the whole of France a “high-risk area” for coronavirus infections, a move that means travelers must show a negative Covid-19 test and quarantine on arrival.

France, including all French overseas departments, is now considered “at particularly high risk of infection due to a particularly large number of cases”, says Germany’s Robert Koch Institute for Infectious Diseases.

Anyone traveling from France must be able to produce a negative test that is less than 48 hours old on entry before starting a ten-day quarantine period in Germany.

Slovakia and the Czech Republic were meanwhile downgraded from the highest alert red list of “virus variants” to “high risk areas”.

Austria’s hard-hit Tyrol region, which borders Germany, is also not considered a virus variant region and is now classified as a lower-level risk level, RKI added.

The travel updates come as Germany struggles to halt a sharp rise in new infections amid a slow vaccination and the spread of new, more contagious virus strains first discovered in Britain, South Africa and Brazil.

Coronavirus incidence, which measures the number of infections per 100,000 people over the past seven days, has exceeded the threshold of 200 in many French departments. France reported 45,641 new infections in 24 hours on Thursday.

In Ile-de-France, the region that includes the capital of Paris, it has passed 600.

“Even if we see such a high incidence, it is simply a necessity … a virtually automatic process,” Merkel told reporters.

“This is not related to a political decision, but when we see the development of the incidence – which is the case here – exceeding the threshold of 200 for a long time, it requires a classification as a high-risk zone,” she added.

To date, only the French border region of the Moselle has been classified by Germany as a particularly high-risk area due to the rapid spread of the South African virus variant there.

However, Merkel suggested that the French whole high-risk classification would not necessarily lead to the same type of strict border controls seen along the Czech and Austrian borders.

“There is a very specific test procedure … which is being discussed with France,” Merkel said.