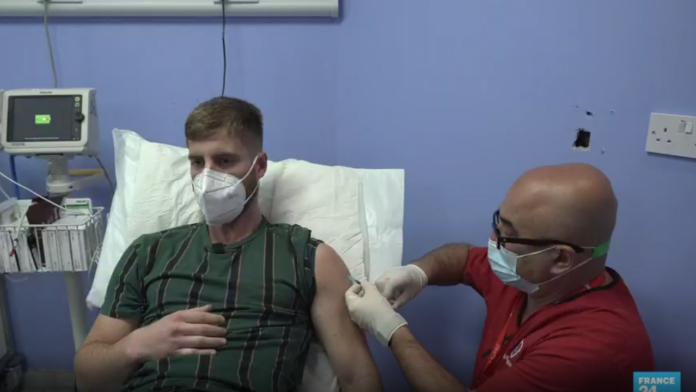 As more than 600 people are vaccinated every day in Gibraltar, the British overseas territory next to Spain benefits from the UK’s vaccine development, the fastest in Europe. In the coming days, it will be the first territory in the world where all residents over the age of 16 who wanted a jab have received one. Jowharreports.

Gibraltar has not had a single person hospitalized with Covid-19 since vaccination began on January 10 – and now the British territory has removed the requirement to have a mask outside.

The vaccination program continued rapidly on the mountain, as Gibraltar is the nickname, with 90 percent of the 35,000 residents receiving at least one dose of the Pfizer-BioNTech jab.

“Most of my friends have been vaccinated,” said 21-year-old Gibraltar resident Julian Avellano. “It’s a privilege we do not want to miss!”

To protect the people of Gibraltar, the authorities are also vaccinating about 15,000 Spaniards working there.

“We are very grateful for that, because if we had to wait to be vaccinated in Spain, we would have had to wait at least until the summer,” says one such worker, Vanessa Nieto.

Thanks to the EU’s troubled jab procurement program, Spain had issued a vaccine dose to just 10.89 percent of the population on March 30 – compared to 45.53 percent in the UK.