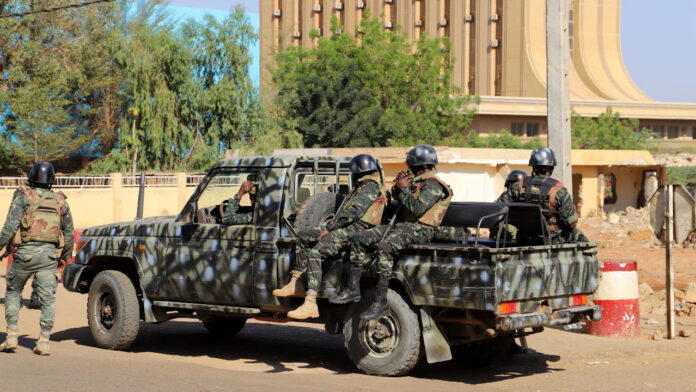 Gunfire was heard near Niger’s presidency early Wednesday, two days before the sword of President-elect Mohamed Bazoum. Some soldiers were arrested, according to a security source, when calm returned to the capital Niamey.

“Heavy gunfire was heard for half an hour in the presidential palace area. The presidential guard rejected the attack and the situation seems to be back under control,” Payen said.

“With two days left before the inauguration of the new president, we know that the biggest challenge for him is security, but we thought more about terrorist attacks, not about this type of action,” Payen added.

There have been growing attacks in Niger by Islamist militants and political tensions in the country following Bazoum’s victory in the February presidential election. Former President Mahamane Ousmane, who lost in the runoff, has dismissed the results, saying there was fraud.

“There were some arrests among a few members of the army behind this coup attempt. The presidential guard withdrew and prevented this group of soldiers from approaching the presidential palace, “a security source told AFP.

Reporting from Niamey later Wednesday, Payen said calm had returned to the capital. “The situation in central Niamey looks very calm now … it looks like the situation is returning to normal and the attempt at a coup has been reset,” says Payen.

Witnesses in Niamey said the heavy shooting early Wednesday lasted between 15 and 20 minutes.

“It was around 3 o’clock, we heard shots from heavy and light weapons and it took 15 minutes before we stopped, followed by shots from light weapons,” said a resident of Niamey’s Plateau area, which includes the president’s official residence and office.

“The shot lasted about 20 minutes,” said another resident.

A third resident spoke of “intense shooting, with heavy and light weapons”.

The online newspaper actuniger.com reported that calm had returned around 4 p.m.

In short videos posted on social networks, just seconds long, sporadic shots of shots could be heard in the dark.

Tensions high before the inauguration

Tensions were high ahead of Friday’s inauguration.

Bazoum, the former interior minister and right-hand man of outgoing President Mahamadou Issoufou, Bazoum’s victory in the second round of elections on February 2 was confirmed by the Constitutional Court this month.

His main rival, Ousmane, had called for “peaceful marches” across the country, but a planned opposition protest on Wednesday in Niamey was banned a day earlier by authorities.

Niger, one of the poorest countries in the world, has suffered many coups in its history, most recently a coup in February 2010 that overthrew then-President Mamadou Tandja.

The Sahel has also recently been hit by repeated jihadist attacks as Islamist movements have spread from neighboring Mali and Nigeria.