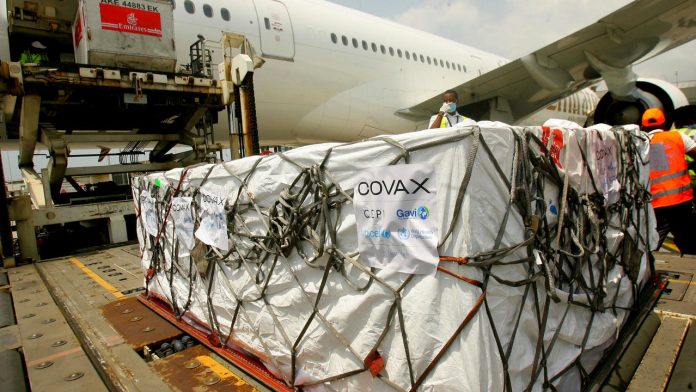 Disinformation online has led to a slow introduction of vaccines in Ivory Coast. Ivorian and international health authorities have told Jowharthey are concerned about the pandemic of fake news. While this problem is not unique to the Ivory Coast, the West African state lags behind a number of other countries in the region in terms of vaccination coverage.

“When you get vaccinated, you get sick,” said Anderson Dago, an unemployed 25-year-old standing on a pothole street in Abidjan’s Yopougon neighborhood. “I read on social media that people who are vaccinated are controlled by 5G.” His opinion is typical of people living in the area.

“I don’t believe Covid-19 exists,” said Camara Djaka Sissoko, who runs a small boutique. “White people can’t even handle a little malaria. We are more difficult. We can resist Covid-19. “

Ivory Coast is facing a pandemic of disinformation. The country has received 504,000 doses of the Astrazeneca vaccine under the Covax program – an initiative coordinated by the World Health Organization and others, to ensure less developed countries have access to Covid-19 vaccines. They arrived in Côte d’Ivoire in late February and are due to expire in September. Slightly more than half of the vaccines (252,317) have been used so far. Ivory Coast has also donated 50,000 vaccines from the Indian Embassy, ​​which are currently sleeping in a refrigerator – these will expire in October. The rollout has been slower here than in neighboring countries such as Ghana.

‘There is so much fake news’

In the INHP ​​vaccination center in Yopougon, Estelle Yapi cuts a lonely figure. The 47-year-old social worker, retrained as a nurse to help administer injections during this crisis, sits under a white tarp as the midday sun sets. Rows of chairs, set up for those awaiting vaccination, are empty.

“It is normally busier in the morning,” she admits.

Yapi estimates that this center could deliver 200-300 doses per day at full capacity. As demand grew, one day in March, shortly after the vaccination program began, only 14 injections were given.

The logistics director of the center gave a direct explanation. “People inform themselves online. There is so much fake news, ”said Jean-Baptist’s Yaté Elélé.

In April 2020, area residents destroyed a Covid-19 test center being built nearby. The protesters were triggered at least in part by a Facebook post from a pro-opposition cyber activist known online as Serge Koffi Le Drône, who suggested the site would be used to house sick Covid-19 patients and a conspiracy of the government was to kill people. in the area.

Yate said the link is clear. ‘There was a communication problem. There was disinformation that caused people to revolt, ”he said.

A wave of skepticism

A study published in March by the Africa Centers for Disease Control and Prevention surveyed 15 African countries, including Ivory Coast, interviewing nearly 16,000 people. It noted that online channels, particularly on social media, are generally the most trusted source of information among vaccine skeptic groups.

In fact, 54 percent of Ivorians surveyed said they had seen disinformation online – more than the 41 percent average in the 15 countries. Two out of three Ivorians believe the coronavirus threat is exaggerated; two-in-five believe Covid-19 is a planned event by foreign actors; and 38 percent believe that Africans are used as guinea pigs in vaccine trials, according to the study.

Dr. Richard Mihigo, coordinator of immunization and vaccine development for the Africa branch of the WHO, said disinformation was higher in countries with higher Internet use penetration.

“This is not a phenomenon that is only a problem for Africa. Unfortunately, with Covid-19 we have seen worldwide skepticism about vaccination for Covid-19 in general, ”he said.

“When you put that in our context, when we weren’t going through the first waves in a serious situation like in the West, people started to think why they [governments and international health authorities] insist so strongly on something that isn’t really a problem for us. ”

“We don’t care about Corona!”

In 2020, a number of high-profile incidents caused Ivorian authorities to be criticized online for alleged hypocrisy about the Covid-19 policy.

In March of that year, a number of public figures close to the government were released from quarantine centers after personal intervention by the prime minister. The ban on public protests leading up to the presidential election, under the Covid-19 state of emergency, was seen as a political manipulation of the crisis. This sentiment deepened in August when a clip of President Alassane Ouattara went viral in which he said, “We don’t care about Corona!” during his inauguration as a candidate for the ruling RHDP party.

The influence of the French media should also not be underestimated, according to Professor Daniel Ekra, head of the country’s vaccination program.

“This vaccination campaign was preceded by a lot of rumors and misinformation. In Africa and especially in Ivory Coast this took place in April or May [2020] by someone during a televised debate in France who says we should test the vaccine in Africa, ”he said, referring to the incident.

In Ivory Coast, the government is trying to increase interest in vaccination with social media campaigns and Facebook Live events. Patrick Achi, the current prime minister, was the first person to be vaccinated in the country at an event discussed by the media. But it may take time to turn the tide of fake news.

“People come to a decision. It’s a matter of communication, ”Ekra said.