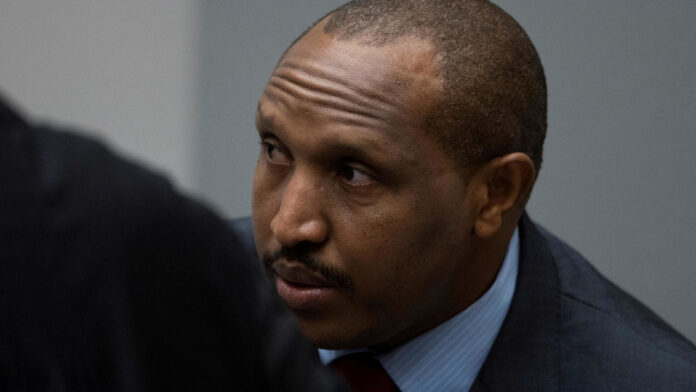 The International Criminal Court will rule on Tuesday on an appeal by a Congolese warlord known as “Terminator”, who received the court’s longest sentence ever.

Rebel leader Bosco Ntaganda was convicted by the Hague-based ICC in 2019 of a terrorist substance in the Democratic Republic of Congo in the early 2000s and imprisoned for 30 years.

The 47-year-old born in Rwanda was found guilty of 18 counts of war crimes and crimes against humanity, including murder, sexual slavery, rape and the use of child soldiers.

Ntaganda was the first person convicted of sexual slavery by the court. Many of the other allegations relate to massacres of villagers in the mineral-rich Ituri region of the DRC.

The ICC appeals judge will announce his decision on his appeal of his conviction and sentence at 1300 GMT.

Earlier this month, the court awarded Ntaganda’s victim $ 30 million (€ 25 million) in compensation, provided he was convicted on appeal.

The court asked the court’s management fund for the victims to arrange for the compensation to be made or to find additional funds if necessary, as Ntaganda could not pay.

Ntaganda’s lawyers said in announcing their intention to appeal that Rwanda was “at peace with itself” and that he “remains fine and strong”.

They said the ICC’s decision to convict him “contains many errors of law and facts”.

Prosecutors portrayed him as the ruthless leader of ethnic Tutsi uprisings among the civil wars that destroyed the Democratic Republic of Congo following the 1994 genocide of Tutsis in neighboring Rwanda.

They operated in the volatile province of Ituri, on the eastern border of DR Congo, in 2002 and 2003.

The FPLC killed at least 800 people while fighting rival militias for control of valuable minerals. Tens of thousands of people have been killed in the region since the outbreak of violence in 1999.

Judges found that in an attack on a banana field led by Ntaganda, soldiers used sticks, knives and machetes to kill at least 49 prisoners, including children and infants.

Formerly a Congolese army general, Ntaganda became the founder of the M23 rebel group, which was eventually defeated by Congolese government forces in 2013.

Later that year, he became the very first suspect to surrender to the ICC when he entered the US embassy in the Rwandan capital Kigali.

Ntaganda – known for his pen spin and a penchant for good food – said during his trial that he was a “soldier not a criminal”.

He insisted that the nickname “Terminator”, referring to the movies with Arnold Schwarzenegger as a relentless killer robot, did not apply to him.

His defense team said the verdict against him “does not reflect the truth or reality”.

While his conviction was seen as a boost to the ICC after several high-profile suspects were released, the court has also been criticized for primarily trying African suspects.

He is one of only five people convicted by the court since it was set up in 2002 to try the world’s most serious crime.

In another major decision on Wednesday, the ICC will decide the appeal from the indictment against the acquittal of former Ivory Coast President Laurent Gbagbo.