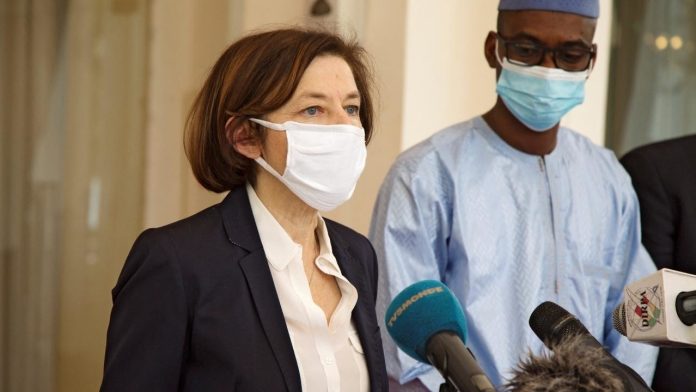 Published on Tuesday, a report summarizing the results of the investigation concluded that a French air strike in central Mali killed 19 civilians on January 3.

“This strike raises serious concerns about respect for the principles of hostilities,” said the UN report, which was a rare criticism of a French military operation in Mali.

The French Ministry of Defense denied the account and insisted that it had identified and attacked an “armed terrorist group”.

On Thursday, Parly met with Mali’s interim president Bah Ndaw and told reporters afterwards: “I can not let our soldiers honor sullies in this way,” and reiterated that the air strike was aimed at armed men.

Parly reiterated that the French military was following a “rigorous alignment process” in accordance with international law.

“There were no women or children among the victims, and these strikes were intended to neutralize terrorist elements,” she said. “There is a difference between the facts and what is stated in this UN report.”

Seven French and Malian rights groups called on their respective governments to conduct an independent inquiry into the central Mali strike on Thursday.

“Anti-terrorism operations cannot be conducted to the detriment of international humanitarian law,” Oxfam France, Action Against Hunger and five other groups said in a joint statement. They called the January air strike “disproportionate to the resulting military gain.”

Mali has fought to quell an Islamist uprising that first broke out in the north of the country in 2012 before spreading to the center and neighboring Burkina Faso and Niger.

France, the former colonial power, intervened in Mali in 2013 to repel the jihadists and now has about 5,100 troops deployed across the semi-arid Sahel region.

Parly said France was determined “to continue our fight against terrorism”.

The Czech and Estonian counterparts of the French minister accompanied her at the meeting with the President of Malia.

Together, they announced that a multinational force, Takuba, has become operational in the region.

The force has 500 French soldiers at its core and is expected to grow to 2,000 troops, which will work in close cooperation with the national armies in the region.

It has already seen Czech, Swedish and Estonian troops deployed in the region, although France has so far not been able to get significant support from its major EU partners.

In Paris, Defense Ministry spokeswoman Herve Grandjean told reporters that the UN report did not identify witnesses and contained “no concrete material evidence” that civilians were being targeted.

“Let us not be naive. The war we are involved in is also an information war, and our enemy is aware of this and is undoubtedly taking advantage of all the debates, he said.