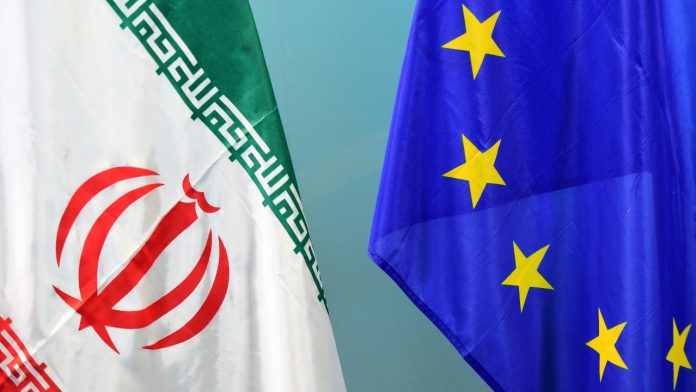 Iran’s foreign ministry said on Monday that it was suspending cooperation with the European Union in various areas following the bloc’s decision to blacklist several Iranian security officials during a 2019 protest action.

Foreign Ministry spokesman Saeed Khatibzadeh “strongly condemned” the sanctions, saying that Iran “interrupts all human rights talks and cooperation arising from these talks with the EU, especially in the (areas) of terrorism, drugs and refugees”.

He said Iran rejected “such actions by those who wrongly claim to advocate human rights” and added that Tehran is considering reciprocal sanctions.

The EU added eight Iranian security officials, including the commander of the Islamic Republic’s revolutionary guards, and three prisons to its blacklist of sanctions, which will take effect immediately with publication in the bloc’s official newspaper.

The list states that Commander Hossein Salami “is responsible for serious violations of human rights”.

In November 2019, a surprising increase in fuel prices triggered a wave of protests over Iran before they were crushed in an almost total shutdown on the internet.

At least 304 people died in the riots, according to Amnesty International in London, while some authorities in Iran have reported 230 deaths during what they called “riots”.

The transition to asset freezing and visa bans comes at a sensitive time, as Brussels is mediating efforts to revive a troubled nuclear deal between the world powers and Tehran.

The United States withdrew from the 2018 agreement and reintroduced the sanctions against Iran that had been lifted in exchange for borders with its nuclear program.

Negotiations in Vienna are currently focused on trying to persuade Washington to abolish sanctions and Tehran to recover violations of the agreement made in retaliation.

Khatibzadeh accused the bloc of “keeping quiet” about Washington’s sanctions and merely “expressing remorse” while “cooperating” with the United States.

Iranian President Hassan Rouhani had on several occasions threatened to end all cooperation with Europe on drug trafficking and refugee flows if the bloc did not help the Islamic Republic circumvent US sanctions.

The UN has praised Iran for hosting millions of refugees fleeing conflict in Afghanistan, which is also a major producer of illegal drugs.