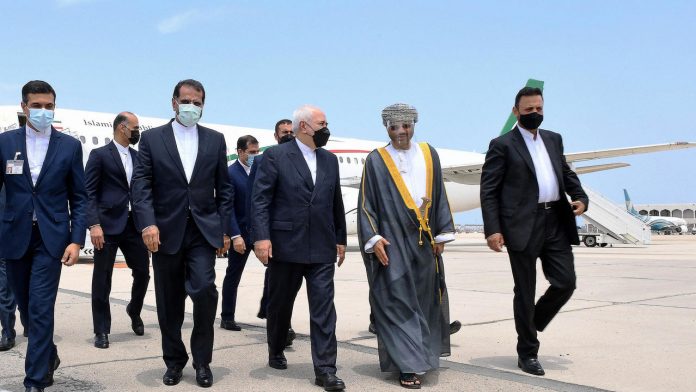 Iran’s foreign minister met with a Yemeni rebel spokesman in Oman on Wednesday and reiterated Tehran’s support for a ceasefire and a return to talks to end the country’s long conflict.

In talks with Houthi spokesman Mohammed Abdul Salam, Zarif reiterated our country’s view that the political solution is the only solution to the Yemeni crisis, the Iranian Foreign Ministry said in a statement.

The Foreign Minister “emphasized our country’s support for a ceasefire and talks between Yemen and Yemen,” it added.

Abdul Salam and other leaders of the Iranian – backed rebels live in exile in Muscat.

Several meetings have taken place in recent years between Iran’s chief diplomat and the Huthi spokesman in the Omani capital.

The war in Yemen, in which tens of thousands of people have been killed since the conflict broke out in 2014, has flared up again in the past two months with a rebel campaign to take the city of Marib, the government’s last stronghold in the north.

Saudi Arabia has proposed a “comprehensive” ceasefire and a return to the negotiating table, a proposal that the Houthis immediately rejected, saying a blockade of the country must first be lifted.

Riyadh accuses his arch-enemy Iran of supporting the rebels with weapons and missiles and helping them build drones used to attack the empire.

Tehran denies the allegations, saying its support for Houthis is purely political.

On Tuesday, the Saudi crown prince struck a conciliatory tone in a television interview, saying he was seeking “good” relations with Tehran, after sources said rivals had had secret talks in Baghdad.

“Iran is a neighboring country, and all we strive for is a good and special relationship with Iran,” he said.

The two countries, locked in a struggle for regional dominance, cut ties in 2016 after Iranian protesters attacked Saudi diplomatic missions following the kingdom’s execution of a revered Shiite priest.

The talks in Baghdad, facilitated by Iraqi Prime Minister Mustafa al-Kadhemi, have been confirmed to AFP.

In his meeting with Abdul Salam, Zarif expressed regret over “the six-year forced war against the people of Yemen, and demanded that the war end and lift” the Saudi forced blockade against the country.