Home WORLD NEWS Israel says it will work closely with the United States on any...
Facebook
Twitter
WhatsApp
Linkedin
LINE 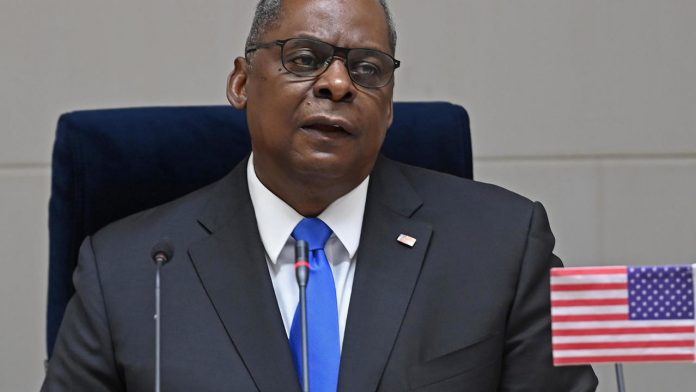 Israel will work with Washington to ensure that a “new agreement” on Iran’s nuclear program will protect regional security, Defense Secretary Benny Gantz told his US counterpart Lloyd Austin on Sunday.

The comments came when Austin made the first high-level US trip to Israel since talks resumed on reviving Iran’s 2015 nuclear deal, which the Jewish state opposed.

Gantz said “we will work closely with our US allies to ensure that any new agreement with Iran will safeguard the vital interests of the world and the United States, prevent a dangerous arms race in our region and protect the state of Israel.”

Austin, a top-level envoy from President Joe Biden’s administration who has not yet visited Allied Israel, said Washington would work with Israel “to promote common security interests and priorities.”

Austin’s visit came just days after the United States announced that it had offered “very serious” ideas for reviving the shattered nuclear deal reached between Tehran and world powers, which was abandoned by former President Donald Trump in 2018.

Israel under Hawkish Prime Minister Benjamin Netanyahu has been a fierce critic of Iran’s nuclear deal and goes back to when it was negotiated under Barack Obama’s administration.

Netanyahu, who Austin was to meet during his visit, applauded as Trump withdrew from the deal and imposed sanctions on Tehran, which responded by withdrawing from several of its commitments under the deal.

In the latest breach of its commitments in the troubled agreement, Tehran announced on Saturday that it had started advanced uranium enrichment centrifuges.

An “accident” took place at Natanz on Sunday but caused no deaths or injuries, Father’s news agency reported, citing officials.

In an address marking Holocaust Remembrance Day, Netanyahu said on Wednesday that Israel would not be bound by a nuclear deal that would allow the Islamic Republic to develop nuclear weapons.

“An agreement with Iran that would pave the way for nuclear weapons – weapons that threaten our extinction – would not force us in any way,” the veteran premier said.

Biden has said he is prepared to return to the deal, arguing that the deal – until Washington’s withdrawal – has been successful in dramatically reducing Iran’s nuclear activities.

But Washington has demanded that Iran return to compliance, while Tehran has insisted that all US restrictions be lifted, with both sides demanding that the other take the first step.