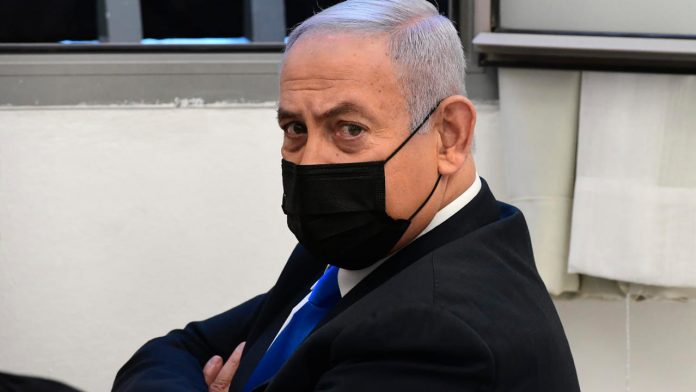 Israel’s legal and political drama coincides on Monday, with Prime Minister Benjamin Netanyahu in court for his corruption trial and the president launching talks to help form a government.

Judges have ordered Netanyahu to appear in Jerusalem’s district court for the prosecution’s initial argument in the case of bribery, fraud and breach of trust – allegations he denies.

Israel’s election on March 23 was its fourth incomplete vote in less than two years, prolonging the worst political crisis in the country’s history.

Netanyahu’s right – wing Likud party finished first and won 30 seats in parliament with 120 members, but his ability to form a stable governing coalition is uncertain, a reality that has plagued him for years.

Rivlin on Monday begins a two-day consultation with party officials to determine who has a likely path to a 61-seat majority, in a parliament bitterly divided between those who support Netanyahu and those who have pledged to end his 12-year term.

Usually, Rivlin provides a 28-day window to form a government to the leader with the most recommendations from individual legislators.

It may be extended 14 days at the President’s discretion.

That probably makes a total of 52, nine less than the absolute majority needed.

Since the ideologically divided anti-Netanyahu camp has no agreed leader, Netanyahu can get the most recommendations.

But in comments that made the breed furious, Rivlin hinted last week that he would not necessarily be guided by mathematics alone.

He said he would give the mandate to the legislature, which has a chance to form a government “that will heal the differences between us and rebuild Israeli society.”

The president also said that “extraordinary coalitions” may be required to break the political network.

Given previous public difficulties between Rivlin and Netanyahu, Likud interpreted these comments as a sign that the president was quietly in line with the anti-Netanyahu camp.

Rivlin – a Likud member when he was in parliament – was accused by Netanyahu’s party of having exceeded his largely ceremonial mandate.

In the anti-Netanyahu bloc, the party Yesh Atid, led by former TV host Yair Lapid, won the most seats with 17.

In an unparalleled twist on Israeli coalition policy, it seems impossible for each camp to form a government without the support of the conservative Islamic party Raam, led by Mansour Abbas, which controls four seats.

Abbas has said he is open to hearing from all sides, but right-wing extremist religious Zionism has ruled out sitting in a government with Raam, complicating Netanyahu’s coalition hopes.

It is also far from certain that the anti-Netanyahu bloc can coincide, giving the prospect of a fifth election in less than three years.

Rivlin elects a leader on Wednesday who is accused of trying to form a government.

If they do not, Rivlin will then move on to the next name on his list.

Anti-Netanyahu protesters, who call him “the Minister of Crime”, surrounded the court before his last appearance in February and are expected to do so again on Monday.

Judges have said that Netanyahu can leave the courtroom after the opening arguments, when the testimony begins.

No fast resolution is expected.

The trial enters a more intensive phase of evidence on Monday, but a decision is still several months free.

Netanyahu would not be forced to resign as prime minister if he was not convicted with all appeals exhausted. It can take several years.