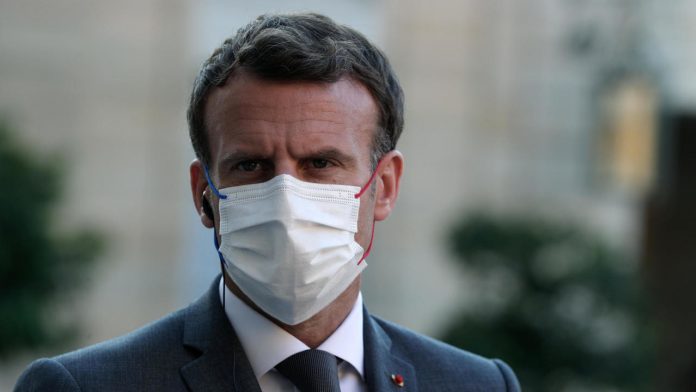 France currently has 5,100 troops in the arid and unstable Sahel region, which stretches across sub-Saharan Africa and includes Burkina Faso, Chad, Mali, Mauritania and Niger.

For years, Macron has been urging other Western states to share more of the burden of security operations, with French soldiers, backed by air forces, joining local forces to intervene against jihadist groups.

He is also under pressure at home to end a deployment that began in January 2013, while in the Sahel region itself, the presence of French troops is dismissed by some politicians and locals as a colonial legacy.

Macron’s announcement could put the issue of security in the Sahel on the agenda of a meeting of G7 leaders in Britain to take place Friday to Sunday and a NATO military alliance summit in Brussels on 14 June.

The Sahel is seen by many Western politicians and pundits as a major risk due to the growing strength of jihadist groups there, as well as its role as a crossroads for arms and people smuggling.

In February, Macron announced his intention to reduce the number of French troops, but said a “mass withdrawal of men, which is a possibility I have considered, would be a mistake”.

At a virtual summit held at the time, the leaders of Burkina Faso, Chad, Mali, Mauritania and Niger, known as the G5 countries, warned him of the dangers of a rapid withdrawal.

Since then, veteran Chad leader and close French ally Idriss Déby Itno was killed in battle, while Mali saw a second coup that made relations with Paris more difficult.

The French Sahel mission, known as Operation Barkhane, is headquartered in the Chadian capital of N’Djamena.

Click on the video player above to watch Macron’s press conference live.

Tigray in crisis as Ethiopia prepares to vote in regional elections

Tigray in crisis as Ethiopia prepares to vote in regional elections

hanad - June 15, 2021
Ethiopia is preparing to hold crucial and twice-postponed elections across the country on June 21, despite mounting concerns over the credibility of the vote...