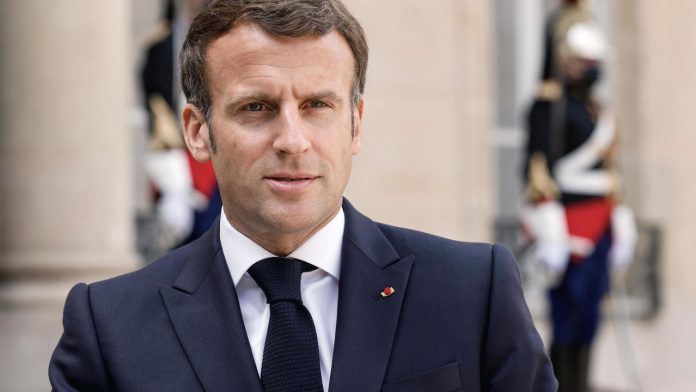 President Emmanuel Macron’s pledge to anchor the fight against climate change in the French constitution through a referendum seemed doomed on Tuesday after the House of Lords downplayed the ambitious wording of a government-sponsored bill.

The initiative to declare in the constitution that France “guarantees environmental protection and biological diversity and combats climate change” originated in a civic body set up by Macron last year.

The French leader tried to gain the upper hand in what could be a major issue in next year’s presidential election and promised a referendum on the bill if it were passed in both houses of parliament.

The National Assembly, where Macron has a majority, voted overwhelmingly in favor of the revision in March.

But when the bill subsequently went to the Senate, the body – the majority of which was ruled by right-wing Republicans – deleted a key provision from the bill before backing a new version in a vote late Monday.

Under French law, a referendum can only go ahead if it is approved in identical terms by both houses of parliament.

A majority of senators objected to the word “guarantee” in the bill, which they believe implies that environmental issues would take precedence over other constitutional principles.

Instead, they adopted a text stating that France “preserves the environment, biodiversity and combats climate change under the conditions set out in the 2004 Environmental Charter,” sponsored by then President Jacques Chirac.

Maintaining the “guarantee” wording would have prioritized environmental protection over all other constitutional considerations, said Francois-Noel Buffet, the right-wing head of the Senate’s legal committee.

The government’s wording would have “introduced the virus of slowdown in our constitution,” added Senate leader of the right-wing LR Party, Bruno Retailleau.

Macron’s office said last weekend that, despite opposition in the Senate, the plan to change the constitution was “not buried in any way.”

But the chances of a compromise seemed slim on Tuesday after Justice Secretary Eric Dupond-Moretti said he was behind the “guarantee” wording, which he said reflected the government’s “strength of commitment”.

Ahead of the Senate vote, Retailleau said Macron was guilty of “hypocrisy” and said the president “charges us with obstruction to justify the cancellation of a referendum he never wanted.”

The vote in the Senate came after tens of thousands of people in France called for more ambitious climate action on Sunday.