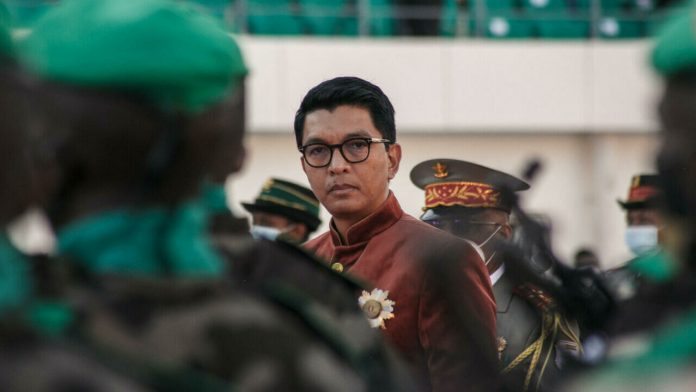 Prosecutors in Madagascar said Thursday they had foiled an attack on President Andry Rajoelina and made several arrests.

“Several nationals of foreigners and Madagascar were arrested on Tuesday, July 20 as part of an investigation into a state security attack,” prosecutor Berthine Razafiarivony said in a statement released overnight.

There was “a plan to eliminate and neutralize several Madagascan figures, including the head of state,” Razafiarivony said.

“At this stage of the investigation, which is still ongoing, the prosecutor’s office assures that we will shed light on this matter,” she added.

Among those arrested on Tuesday are two French nationals, diplomatic sources told AFP.

The two suspects are reportedly retired military officers, according to the Taratra, a local news agency of the Ministry of Communications.

During the Independence Day celebrations on June 26, the gendarmerie announced that they had foiled an assassination attempt on their boss, General Richard Ravalomanana, who is also Rajoelina’s right-hand man.

Rajoelina, 47, first seized power in March 2009 from Marc Ravalomanana with the support of the military.

He won the final vote in December 2018, beating his main rival and predecessor Ravalomanana in an election ravaged by fraud allegations.

The former French colony has a long history of coups and unrest since it gained independence from France in 1960.

The island is internationally known for its unique fauna and vanilla, but relies heavily on foreign aid. Nine out of ten people live on less than $2 a day.

The country has been on lockdown since the Covid-19 pandemic struck last year and the southern region is in the throes of famine.