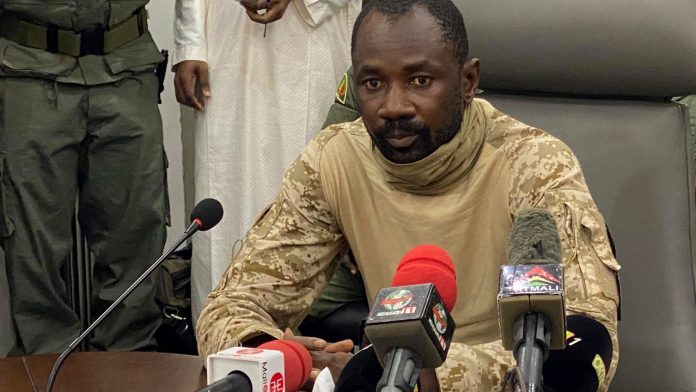 Political unrest in Mali intensified on Tuesday as the country’s strongman ousted transition leaders tasked with sending the return to civilian rule after a coup in August last year.

Assimi Goita, who headed a junta that took power less than 10 months ago, said President Bah Ndaw and Prime Minister Moctar Ouane had been stripped of their powers and promised elections in 2022.

The announcement marks the latest crisis to hit the sprawling, impoverished West African country, which is already facing a brutal jihadist uprising.

Ndaw and Ouane lead an interim government installed in September under threat of regional sanctions, with the stated goal of restoring full civilian government within 18 months.

In a move that sparked widespread diplomatic outrage, the pair were detained on Monday by army officers displeased with a government realignment, two senior officials told AFP.

In a statement read on public television, Goita said that Ndaw and Ouane had been stripped of their duties for trying to “ sabotage ” the transition, which would “ be normal. ”

“The planned elections will take place in 2022,” he said.

In Monday’s government reshuffle, intended to respond to growing criticisms of the interim government, the military retained the strategic portfolios it controlled during the previous administration.

Colonel Goita, who holds the rank of vice president in the transitional government, accused Ndaw and Ouane of not consulting him about the reshuffle.

The Transitional Charter, a document largely drafted by the colonels, lays down the principles that support Mali’s return to civilian government.

The detention of Ndaw and Ouane led to international conviction, including a rare joint statement from the United Nations, the African Union (AU), the Economic Community of West African States (ECOWAS), the European Union and the United States.

I am very concerned about the news of the detention of civilian leaders from the transition to Mali. I call for calm and their unconditional release. My Special Representative works closely with ECOWAS, the AU and all other international actors supporting the ongoing political transition.

UN Secretary-General Antonio Guterres tweeted a call for calm, calling for the “unconditional release” of the leaders.

AU chief Felix Tshisekedi, who is also the president of the Democratic Republic of the Congo, reiterated the call, saying that he “strongly condemned any action aimed at destabilizing Mali”.

Young military officers deposed then-president, Ibrahim Boubacar Keita, on Aug. 18 after weeks of mass demonstrations over alleged government corruption and his handling of the jihadist insurgency.

ECOWAS, a regional bloc of 15 countries, threatened sanctions, prompting the junta to hand over power to a transitional government that promised to reform the constitution.

Goita was appointed as the vice president of the caretaker administration, and the president, Ndaw, is a retired army officer.

But many have questioned whether the military-dominated government had the will – or the ability – to implement reforms in the short term.

Among other problems, the nation faces a major logistical and security challenge as parts of its territory are in the hands of jihadists.

The M5 opposition movement – which led the protests against Keita in 2020 – pushed for the dissolution of the interim government and demanded a “more legitimate” body.

On May 14, the government said it would appoint a new “broad” cabinet.

An official in Mali’s interim presidency, who asked for anonymity, said this reshuffle was to send a message that “respect for the transition period remains the priority.”