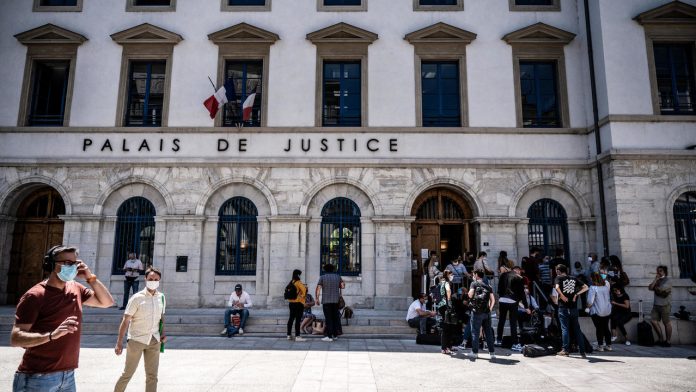 A French court on Thursday sentenced a man who punched French President Emmanuel Macron in the face this week to 18 months in prison, 14 of which were suspended.

Damien Tarel, a 28-year-old medieval history buff, has been in custody since Tuesday’s attack that a prosecutor called “absolutely unacceptable” and “an act of deliberate violence”.

The court sentenced Tarel to 18 months in prison, but 14 of those months were suspended, the broadcaster reported.

Earlier, Tarel told the court in Valence in southern France that he acted because the president stood for all that was rotten with France, the news channel said.

Tarel said he had considered throwing an egg or cream cake at the president just days before Macron’s visit to the Drôme region of southern France, but added that the blow was not premeditated.

“I think Macron very nicely represents the decline of our country,” he told the court, according to BFM TV. “Had I challenged Macron to a duel at dawn, I doubt he would have responded.”

Macron has described the attack as an isolated incident and said violence and hatred posed a threat to democracy. His office did not respond to a request for comment on Tarel’s comments in court. Tarel was charged with assaulting a public servant, a crime carrying a maximum penalty of three years in prison and a fine of €45,000.

Tarel struck Macron after the president came to greet a small crowd of onlookers after visiting a vocational school during a trip to take the country’s pulse as it emerges from the pandemic and ahead of the 2022 presidential election.

Macron reached out to Tarel who was behind a security barrier, Tarel then shouted “Down with Macronia” (“A Bas La Macronie”) and punched Macron on the left side of his face.

He was also heard to shout “Montjoie Saint Denis”, the battle cry of the army when France was still a monarchy.

“It’s a patriot’s slogan,” he told the court.

Tarel told police investigators he was close to the anti-government “yellow vests” movement that shocked the Macron presidency, and harbored far-right political beliefs.

Tarel’s acquaintances described a man who liked role-playing of the time and was not a troublemaker. The prosecutor said he was not a member of any political or militant group.

Tarel was arrested along with a second man from his hometown of Saint-Vallier.