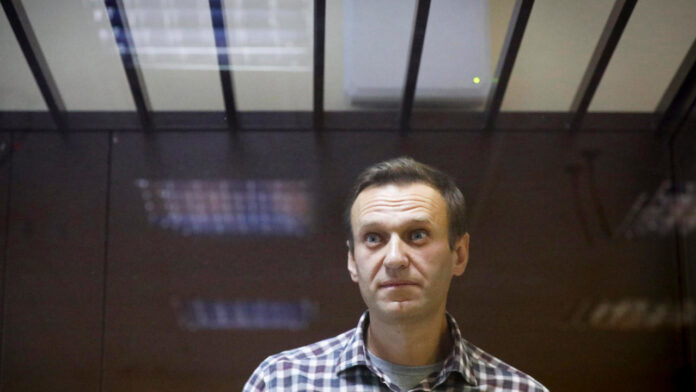 Russian opposition leader Alexei Navalny says he has launched a hunger strike in prison to protest the official’s failure to provide proper treatment for back and leg pain.

In a statement on Wednesday on Instagram, Navalny complained about the prison authorities’ refusal to give him the right medicine and to let his doctor visit him behind bars.

He also protested against the hourly checks that a guard does on him at night and said that they correspond to torture for lack of sleep.

Navalny said in a statement that he had no choice but to protest with a hunger strike because his physical condition had deteriorated. He said his back pain has spread to his right leg and he feels numbness in his left leg.

“What else can I do?” he wrote. “I have declared a hunger strike demanding that they allow a visit from an invited doctor. So I’m lying here, hungry, but still with two legs. ”

The 44-year-old Navalny, President Vladimir Putin’s most outspoken opponent, was arrested in January when he returned from Germany, where he spent five months recovering from a nerve poison he blames on the Kremlin. Russian authorities have denied the allegations.

Last month, Navalny was sentenced to 2 1/2 years in prison for violating the terms of his test during his convalescence in Germany. The verdict stems from a 2014 conviction that Navalny has rejected as fabricated – and which the European Court of Human Rights has ruled illegal.

Navalny was transferred this month from a prison in Moscow to a prison colony in Pokrov in the Vladimir region, 85 kilometers east of the Russian capital. The facility stands out among Russian prisons for its particularly strict routines for prisoners, which include paying attention for hours.