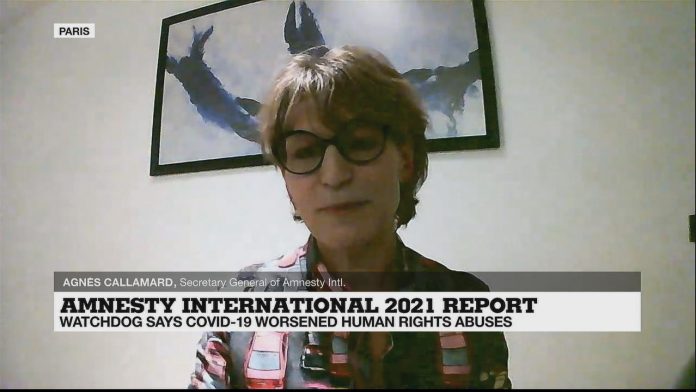 “At this point in the Covid-19 pandemic, even the most misleading leaders would struggle to deny that our social, economic and political systems are broken.” That was the word from Agnès Callamard, the new Secretary General of Amnesty International, when she launched the NGO’s annual report on Wednesday.

Callamard, a French citizen, took up his new post at the end of March. She told Jowharthat most governments have “failed the most vulnerable, the poorest and women” in responding to the pandemic.

Amnesty’s annual report said the health crisis had revealed “broken” policies and that cooperation was the only way forward.

Since the outbreak of the coronavirus in China at the end of 2019, the pandemic has claimed nearly 2.9 million lives and infected at least 130 million people worldwide.

Click on the video player to see the full interview with FRANCE 24.