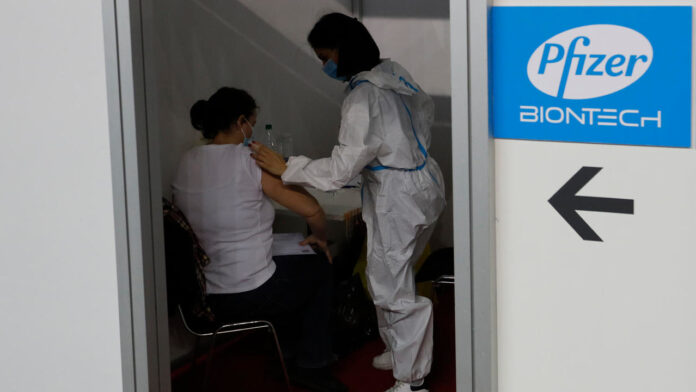 Pfizer and BioNTech said on Thursday that their Covid-19 vaccine was very effective against the South African variant in the latest phase of ongoing clinical trials.

No cases of the disease were observed in South Africa during the phase three study among participants who received their second dose, the companies said in a statement.

Several coronavirus variants with the potential to be more transmissible have caused global concern about whether existing vaccines will still protect the world from a virus that is constantly mutating.

“In South Africa, where line B.1.351 is widespread and 800 participants were registered, nine cases of Covid-19 were observed, all in the placebo group,” the companies said.

The nine strains were sequenced and six of them were confirmed to be of B.1.351 lineage, they said.

“The high vaccine efficacy observed for up to six months after a second dose and against the variant found in South Africa gives further confidence in the overall efficacy of our vaccine,” said Albert Bourla, CEO of Pfizer.

Overall, the vaccine was 91.3 percent effective against Covid-19 in the analysis of 46,307 trial participants in several countries.

Of the 927 confirmed symptomatic cases of Covid-19 in the study, 850 cases were in the placebo group and 77 cases in the vaccinated group.

Pfizer and BioNTech had said in January that “small differences” detected in tests comparing the original virus and the latest versions “were unlikely to lead to a significant reduction in vaccine efficacy”.

The companies said on Thursday that the new data “support previous results from immunogenicity studies showing that (the vaccine) induced a robust neutralizing antibody response to the B1.351 (South African) variant, and although lower than the wild-type strain, does not appear to affect the high observed effect against this variant “.

Global deaths from Covid-19 have exceeded 2.8 million since the pandemic began a year ago, with vaccines as the only real chance to return to some form of normality.