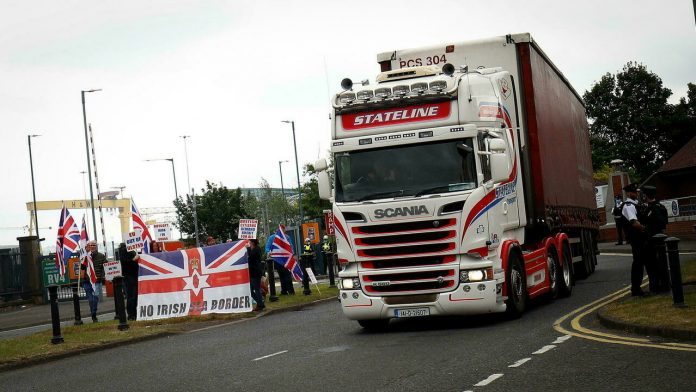 British Prime Minister Boris Johnson on Thursday urged the European Union to look “seriously” at the UK’s proposals to revise its post-Brexit trade deal for Northern Ireland, but met immediate resistance in Brussels.

In a 28-page article published Wednesday, Johnson’s government demanded that the EU renegotiate the protocol for Northern Ireland after riots and business disruptions ravaged the county.

“He urged the EU to seriously consider those proposals and work with the UK on them,” a Downing Street spokesman said shortly after the conversation.

But in a tweet released around the same time, von der Leyen said she had made it clear that the bloc is opposed to reworking the pact, which came into effect earlier this year.

“The EU will remain creative and flexible within the protocol framework,” she said. “But we’re not going to renegotiate.”

In its proposals, London stopped suspending the protocol, which requires controls on goods coming from mainland Britain, and instead called for “significant changes”.

It wants the EU to indefinitely suspend ad hoc grace periods for certain border controls and freeze legal action against the UK for non-compliance, as part of a “standstill period” that will allow for new negotiations.

It also wants more say in regulations in the province and the removal of any supervisory role by the European Court of Justice.

The arrangements were negotiated to avoid a hard border with Ireland, effectively keeping Northern Ireland in the EU’s single market.

Northern Ireland, which suffered three decades of sectarian conflict until a peace deal in 1998, has been rocked by violence this year, partly against protocol.

Many pro-British trade unionists see it as creating a de facto border in the Irish Sea with mainland Britain and say they feel betrayed, while many businesses, especially supermarkets, struggle to comply with the new rules. to fit.