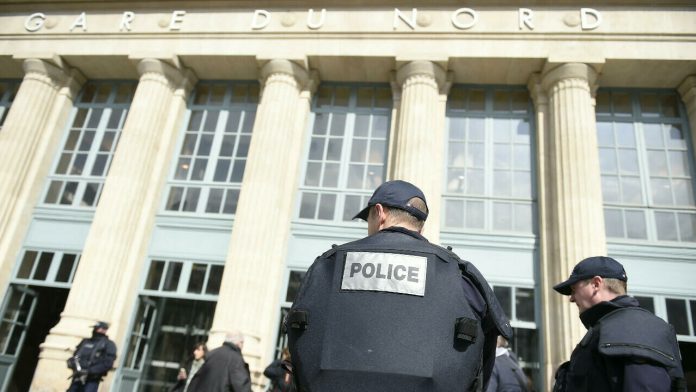 Leading rights organizations and grassroots groups on Thursday brought the first class-action lawsuit against the police in France before the highest administrative authority, aiming to resolve what they believe to be a culture of systematic discrimination in identity checks.

The 220-page file, packed with examples of racial profiling by the French police, was delivered to the Council of State, the ultimate arbiter over the use of power by authorities. It was compiled by Amnesty International, Human Rights Watch, Open Society Justice Initiative and three grassroots organizations working with youth.

The NGOs claim that the French police are targeting black people and people of Arab descent when choosing who to stop and control. Police officers who confirm such statements are among those named in the file.

The groups behind the lawsuit claim the practice is rooted in a culture of systemic discrimination within the police force with far-reaching consequences for people of color, who often feel alienated from French society.

In lieu of money for victims, the lawsuit seeks sweeping reforms within law enforcement to end racial profiling, including an amendment to a criminal code that currently gives officers carte blanche to check IDs — with no trace of them doing so. have done. Among other things, they also want an independent complaint filing mechanism and training for police officers.

The Prime Minister’s Office and Ministries of Justice and Home Affairs were initially notified of the lawsuit in late January — the first step in a two-stage process in a French class-action case. The law gave them four months to talk to the NGOs about how to meet their demands for change within the police force before the case could go to court.

Dead silence was the answer, so the groups went to the Council of State.

>> ‘A Nation of Prosecutors’: The French are suing the state to encourage social change

Antoine Lyon-Caen, the lead lawyer in the case, called the government’s silence “humiliating” for victims of racial profiling.

Issa Coulibaly, head of Pazapas, a youth association in eastern Paris involved in the lawsuit, said the official silence is consistent with the “institutional denial” of the issue.

“It confirms this contempt, this lack of attention to a section of the bourgeoisie who has been subjected to this,” he said. Coulibaly, a 41-year-old black man, said he was subjected to numerous false ID checks from the age of 14.

French courts have found the state guilty of racial profiling in identity checks in the past. In a landmark 2016 case, France’s highest court ruled for the first time that police had illegally detained three men on the basis of racial profiling, establishing more specific rules to ensure checks are non-discriminatory.

A study conducted by the French National Center for Scientific Research found that blacks are 11.5 times more likely to be police checked than whites, and those of Arab descent are seven times more likely.

At the height of mass protests against racism last summer, Jacques Toubon, then France’s human rights ombudsman, raised the alarm about widespread discrimination and a “crisis of public confidence in the security forces” in a report that made for grim reading. .

Toubon pushed for a reversal of what he described as a “warring mentality” in law enforcement.