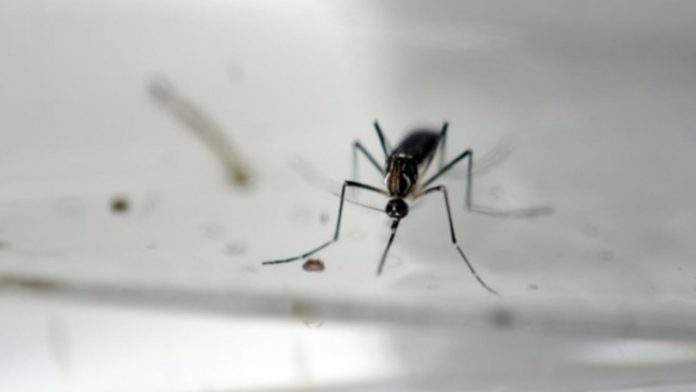 They still bite, but recent research shows that lab-grown mosquitoes fight the dangerous dengue they would normally spread.

Dengue infections appear to be declining rapidly in communities in Indonesia, Vietnam, Brazil and Australia buzzing with specially-bred mosquitoes, according to a report by an international research team.

Scientists infected the mosquitoes with a bacterium called Wolbachia, aiming to block their ability to transmit viruses. The researchers say Wolbachia is a naturally occurring bacteria that is harmless to humans and is carried by 60 percent of insect species, including fruit flies, dragonflies and moths.

The scientists specifically focused on Aedes aegypti mosquitoes, which are the main carriers of dengue throughout the world.

Results from an Indonesian study, published Wednesday in the New England Journal of Medicine, confirm that infecting the mosquitoes with Wolbachia not only reduced the incidence of dengue by 77 percent, but reduced the number of people who would normally need hospital treatment. fell by 86 percent. .

Researchers found a similar decline in a community near the South Vietnamese city of Nha Trang.

Preliminary results suggest a large decline in dengue and a related virus, chikungunya, in a few neighborhoods in Brazil, near Rio de Janeiro.

Over a 27-month period, researchers found that in areas where Wolbachia was introduced, dengue was present in only 2.3 percent of participants, compared with 9.4 percent in non-Wolbachia areas.

The studies were led by an international collaboration of scientists in the World Mosquito Program, formerly known as Eliminate Dengue.

One of the labs leading the research is located in the Fundação Oswaldo Cruz (FIOCRUZ), Brazil’s main biological research institution, in Rio de Janeiro. FIOCRUZ researchers create tubes containing the Wolbachia-infected mosquito larvae, which they then release into specially demarcated areas of Rio.

Wolbachia blocks mosquitoes’ ability to transmit diseases such as dengue, chikungunya and Zika, but it doesn’t affect malaria.

“Wolbachia is an intracellular bacterium and the discovery was that when injected into the Aedes Aegypti, it reduced the mosquito’s capacity to transmit the virus,” said Dr. Betina Durovni of FIOCRUZ at the AP in 2019.

“The first experiments were with dengue; more recently, studies have been published showing that it also has the capacity to reduce the transmission of Zika and Chikungunya.”

Trials are expanding around the world

In several labs around the world, teams are breeding new generations of mosquitoes from the mosquitoes originally infected with Wolbachia. Subsequent generations bear the same characteristics as their parents, blocking their ability to pass on diseases.

Wolbachia-infected mosquitoes were first released ten years ago in Queensland, Australia, and the World Mosquito Program claims they have led to a 96 percent reduction in dengue transmission. The organization says the trials are ongoing and are currently being expanded to Colombia, Sri Lanka, India and places in the western Pacific.

Some researchers worry that releasing large numbers of modified insects in this way could affect the ecosystem and that we may not realize the full consequences until it is too late.

But Durovni said no evidence points in this direction so far. She said scientists are continuing to monitor mosquito populations in places like Queensland, where the Wolbachia mosquitoes were first released, and they had not observed any changes in the mosquitoes’ behavior or environment.

“Of course, all of that has to be monitored – we’re talking about innovation that needs to be monitored for a few more years. But so far we have not observed any changes from the presence of Wolbachia in these mosquitoes,” she said in 2019.

The same investigations underway in Brazil and Vietnam have yet to announce final results.